NVIDIA's various AIB partners will have their GeForce GTX 11 series graphics cards in consumers hands in the August/September timeframe, with Inno3D ahead of the pack when it comes to subtle viral marketing of their new cooling technology. 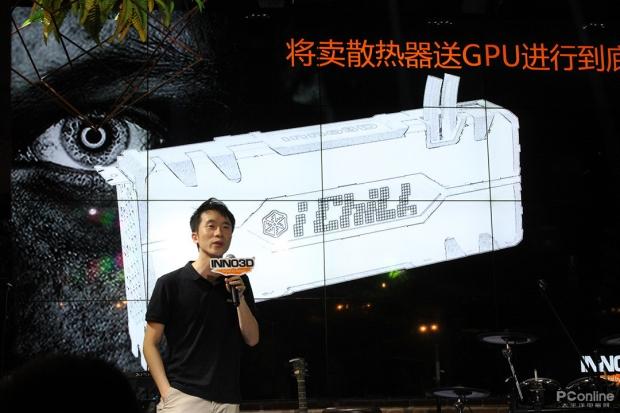 Inno3D held an event in China recently where they teased their next-gen iChill AIO liquid cooling technology which should be used on their next-gen GTX 11 series graphics cards. Inno3D's next-gen iChill AIO liquid cooler will be used on the company's flagship overclocked GTX 1180 and GTX 1170 graphics cards (or whatever they end up as, GTX 1185 or GTX 1195).

The new coolers will have the iChill logo on both the front and the back of the card, illuminated by beautiful LEDs. It will be a dual-slot cooler with dual 8-pin PCIe power connectors while the watercooling tubes feeding out the back above the power connectors.

We should expect more details on Inno3D's technology after the GeForce GTX 11 series cards are unveiled on August 20 at NVIDIA's newly-announced GeForce Gaming Celebration event at Gamescom 2018.