NVIDIA has just announced its new GeForce Gaming Celebration event for August 20, which will take place at Gamescom 2018 in Cologne, Germany. 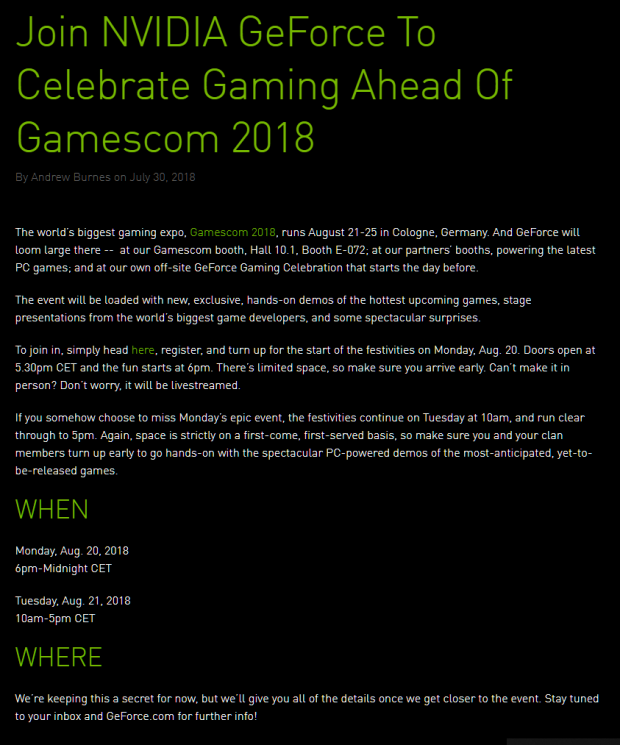 NVIDIA will be showcasing its latest graphics cards and 4K 144Hz HDR G-Sync gaming monitors and 65-inch 4K 120Hz HDR BFGD TVs, alongside a slew of games and other gaming-related goodies during Gamescom 2018. Until now, rumors suggested July 30 as the release date for the GeForce GTX 1180 graphics card with an August/September release window that AIB partners told me during Computex 2018... and now that seems the case.

The company has officially announced teh event on their website, saying that it will be "loaded with new, exclusive, hands-on demos of the hottest upcoming games, stage presentations from the world's biggest game developers, and some spectacular surprises". I wonder what those "spectacular surprises" could be, eh?