Microsoft has released the Aquatic Phase Two patch for Minecraft, adding a bunch of sea-life in all different forms. The update has already been rolled out to all platforms.

Microsoft have also not forgotten about Minecraft players that are using the Java version, Microsoft has said "the incredibly hard-working Java team are almost done putting together the Update Aquatic for your version" so hopefully it isn't to much longer before it is rolled out. Minecraft's Aquatic Phase Two has released on Windows 10, VR, mobile devices, Xbox One and Nintendo Switch. Currently there is no known information regarding a release on PlayStation 4 but we can expect that it will be released sometime after the update hits the other platforms. For further information regarding the new Aquatic update visit the official Minecraft website here. 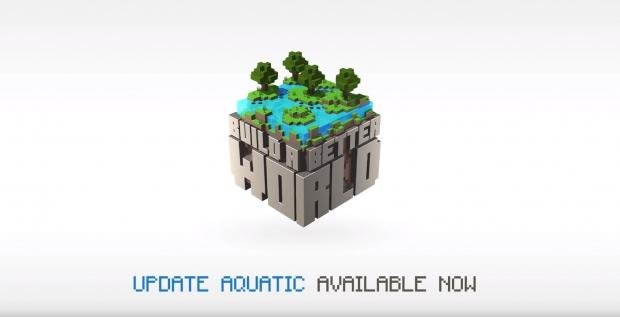