Today's gaming landscape has changed quite dramatically over the years. While titans like GTA V (and its GTA Online component), Call of Duty WWII, and FIFA still top the charts, free-to-play games like Fortnite are making massive splashes in the console space. This is quite interesting given that most big AAA games come with live services baked in that typically follow a similar monetization model as free-to-play games, so publishers are mixing and matching key components of the traditional gaming space with F2P style tactics. But even still, the likes of Fortnite are quickly becoming major competition for publishers--at least when it comes to investment and engagement.

This, according to ex Sony exec Andrew House, could be a good thing. At the very least it would balance things out so that big AAA games don't always have total domination over the console gaming space--a space that's an extremely lucrative arm of the industry's projected $180 billion dollars to be earned in 2018.

"A slight concern I have--if I have a slight concern around consoles and consoles' health--it's the potential over-dominance of a small number of very very powerful franchises that sort of just sweep up a lot of the consumers' time, a lot of the players' time, and a lot of the consumer investment. So free-to-play, for me, is an opportunity perhaps to create a counterweight to [the franchises] that bodes well for something of a healthier ecosystem," House said during a Gamesbeat Summit 2018 panel.

In a way free-to-play can be a kind of underdog that aims at keeping big IPs and franchises at bay, so to speak...but in some cases they've even tipped the scales (again Fortnite comes to mind).

House goes on to talk about monetization and why free-to-play isn't so black and white.

"I'm very bullish and pro the idea of free-to-play on consoles and for one reason: anything that offers the consumer or the player more flexibility in the way that they can acquire or interact with content and a different payment mechanism is welcome."

While EA's Battlefront II controversy instantly springs to mind, ultimately the figures prove gamers are willing to spend billions every year on optional microtransactions, in-game purchases, and cosmetic items found in free-to-play games across all platforms. House underlines this by saying that consumers typically understand these models and are willing to invest in them--potential gambling addictions notwithstanding.

"I don't think it's a zero-sum game. Again I think it underestimates the players, as if they're not smart enough to different models for different games and to pick and choose and what really motivates them."

Finally the ex Sony exec brings up a very good point about how free-to-play can be a valuable spawning pool for new industry talent, and how it can actually birth new gaming trends. Imagine what would've happen to Digital Extremes without Warframe's free-to-play revenue model, for example.

"If you can open up, via the adoption of free-to-play, to another trove of creative talent that otherwise is not going to find its way very easily to console, then I think that's obviously a positive for the industry overall."

As someone who worked with Sony for more than 20 years, House helped usher in a new age for the games-maker: a modern age of more interconnected online-based gaming thanks to a growing roster of free-to-play games as well as monstrous hardware sales, and not to mention a broadening base of online services mingled with gaming. 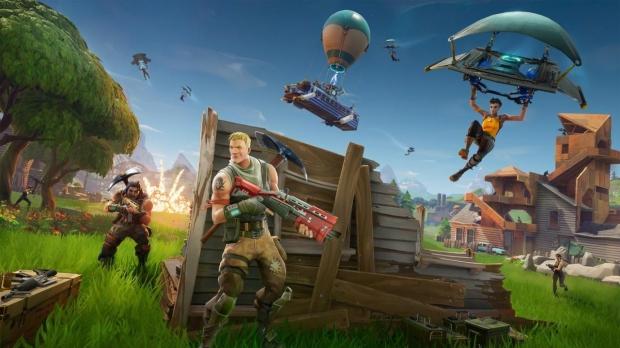