Remember when I exclusively reported that NVIDIA was set to launch a new GeForce GTX graphics card during GTC 2018? Well, if you wanted confirmation of this fact, it is here: NVIDIA has just placed 'out of stock' on the entire range of GTX 10 series graphics cards, as well as the TITAN Xp. 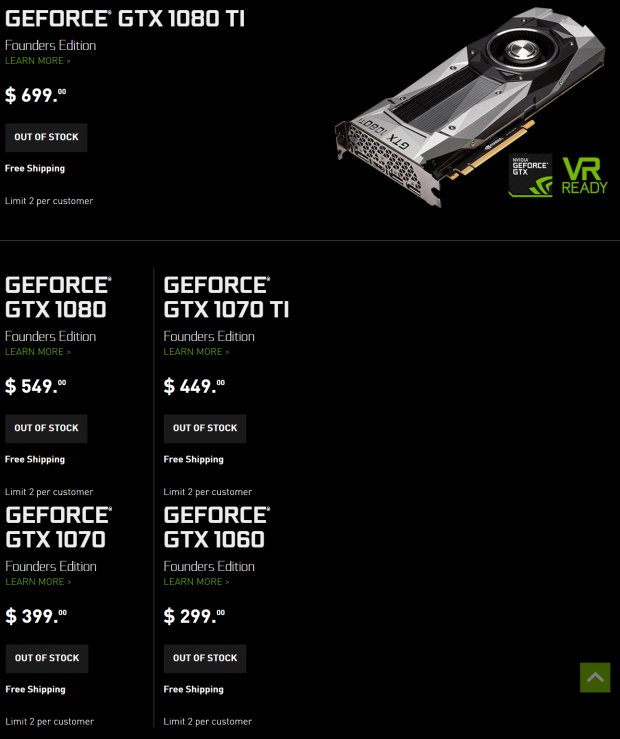 As you can see 'out of stock' dominates the official NVIDIA website, which means they will not be selling any more GTX 10 series cards effective immediately. The reason behind this would only be that NVIDIA themselves are completely sold out of GP10x GPUs and can't fulfil even their own orders for Founders Edition cards, or a next-gen release is imminent.

I also reported another exclusive earlier today that NVIDIA would release their next-gen GeForce GTX product as the GTX 11 series, and not the GTX 20 series that the world has expected. This news, along with the GTX 11 series naming and the GTC 2018 keynote that Jensen Huang kicks off tomorrow morning has every fiber in my nerd body freaking out.