Speculation started when Days Gone's official game page was updated to a 2019 release, and now Sony verified the push back to various outlets. The company gave no reason behind the delay, ie that Sony Bend needed more time to optimize or polish, but it's not always as simple--Sony might've needed to fill a hole in its games lineup or the studio actually needed more time, or both.

Starting in FY2018, Sony says it will focus even more on strong first-party games in a bid to improve the PlayStation ecosystem's attractiveness to new and existing gamers. We may get specifics when the company outlines its new Mid-Year plan in the coming months, and maybe even some clues on the upcoming PlayStation 5 console to boot.

A concrete release date should be revealed at Sony's E3 2018 presence in June. 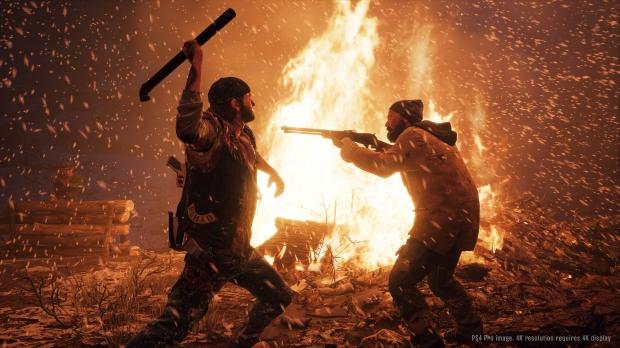