I didn't think there would be a day where I would be reporting on news that there are Pizza Hut branded sneakers, for one - because what the hell. But secondly, these new shoes even let you order pizza. I don't even.

Pizza Hut has unveiled their new Pie Tops II, a new pair of Pizza Hut themed high tops that have Bluetooth technology that is enabled by pressing a button on the tongue of the right sneaker. Pizza Hut is the "official pizza" of March Madness, as the pizza giant recently took over from Papa John's as the official pizza of the NFL.

Pizza Hut will be partnering with HBX.com where they will sell 50 pairs of their new Pie Tops II shoes between March 12-19, with another 50 pairs being given away on social media, and the final batch will be raffled off during the Final Four Fan Fest in San Antonio. 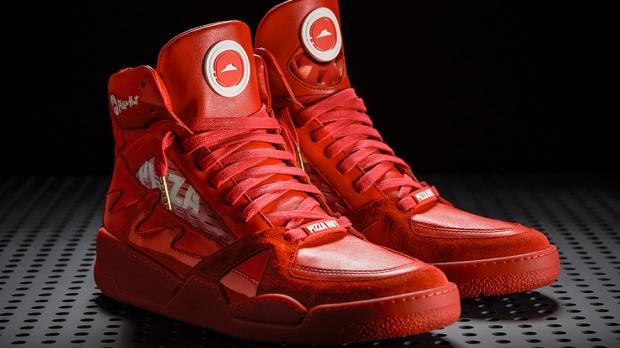