Kingdom Come: Deliverance, the latest Warhorse Studios release has already sold 1 million copies in total, 45% of those sales have been on PC. 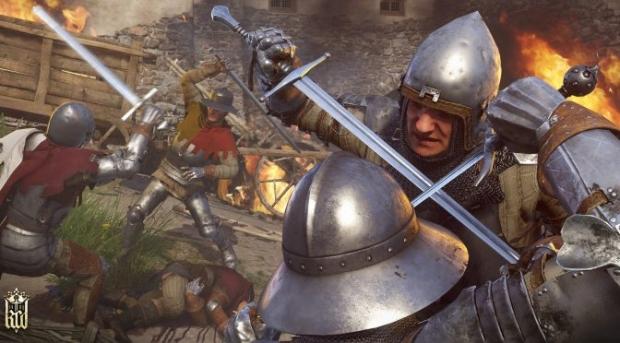 CEO of Warhorse Studios, Martin Fryvaldsky has told Lupa that the company is very happy with the sales as it wasn't something that they expected to happen. "We're about one million when I count all the platforms and distribution channels. We certainly thought about one million. The number is surprisingly positive, but it's not something we thought we could not achieve." Said Fryvaldsky

Thanks to DSOgaming we have a screenshot of some statistics for Kingdom Come: Deliverance. According to Steamspy's data, 45% of the sales for the title have originated from PC, it should be noted that this number is a rough approximation as Steamspy has been reported to be a few days behind. 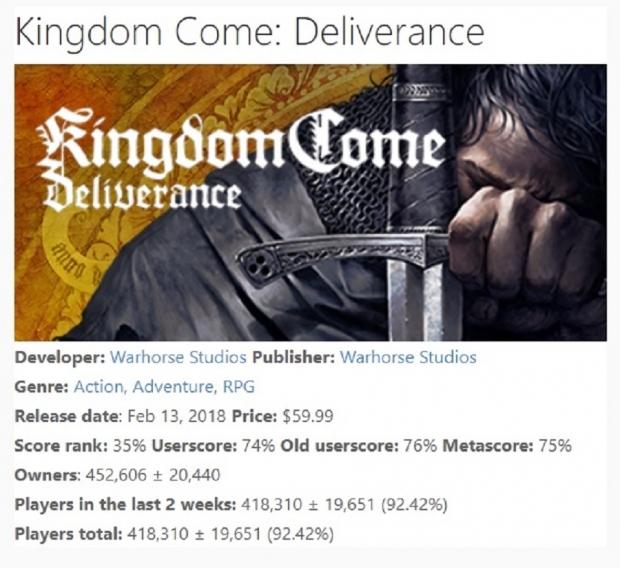