It looks like Huawei and ZTE will be dead in the water in the US soon, with six major US intelligence agencies warning Americans about using products and services made by Huawei and ZTE. 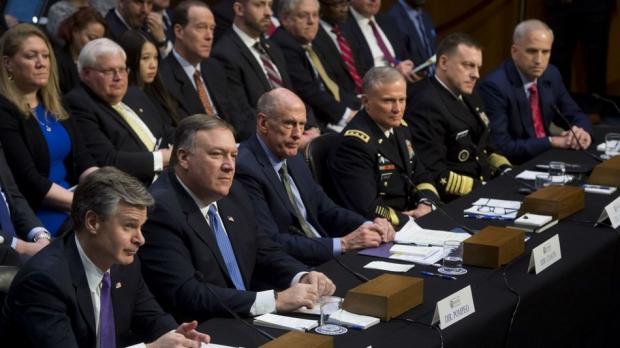 The new recommendations were given during the Senate Intelligence Committee, with the heads of the FBI, CIA, NSA, and the director of national intelligence all in session. FBI Director Chris Wray said the US government is "deeply concerned about the risks of allowing any company or entity that is beholden to foreign governments that don't share our values to gain positions of power inside our telecommunications networks".

Wray added that this would give "the capacity to maliciously modify or steal information. And it provides the capacity to conduct undetected espionage".

It was just recently that Huawei tried to push its new Mate 10 Pro in the US, but telco carrier AT&T pulled out of their deal with Huawei at the last minute. Huawei boss Richard Yu went off-script at CES 2018 earlier this year, saying it was a "big loss" for the company, and an even bigger loss for the Chinese electronics giant.

US lawmakers are even considered a bill that would see US government employees barred from using Huawei and ZTE smartphones, where during Tuesday's hearing, Republican Senator Richard Burr, chairman of the Senate Intelligence Committee, said: "The focus of my concern today is China, and specifically Chinese telecoms like Huawei and ZTE, that are widely understood to have extraordinary ties to the Chinese government".

Huawei responded to these comments, with a Huawei spokesperson telling CNBC: "Huawei is aware of a range of U.S. government activities seemingly aimed at inhibiting Huawei's business in the U.S. market. Huawei is trusted by governments and customers in 170 countries worldwide and poses no greater cybersecurity risk than any ICT vendor, sharing as we do common global supply chains and production capabilities".

ZTE also responded, where the company said: "As a publicly traded company, we are committed to adhering to all applicable laws and regulations of the United States, work with carriers to pass strict testing protocols, and adhere to the highest business standards. [...] ZTE takes cybersecurity and privacy seriously and remains a trusted partner to our US suppliers, US customers and the people who use our [...] products".