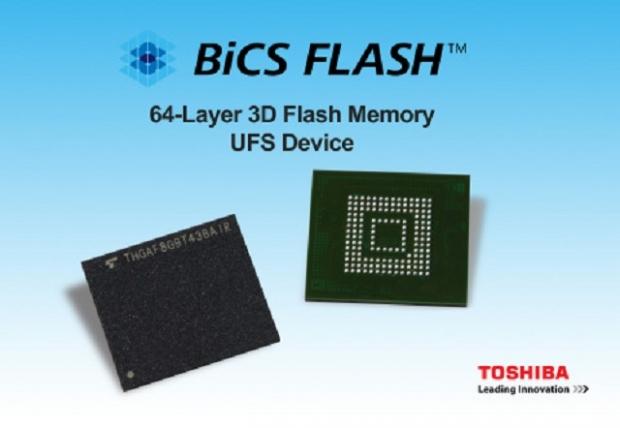 Toshiba's new UFS 3D storage lineup has four capacities including 32GB, 64GB, 128GB and 256GB, with all of the drives featuring both flash memory and a controller--which manages the drives health--in a standard JEDEC form factor.

The flash drives potentially have a total theoretical interface speed of up to 11.6Gbps, and the sequential read and write speeds of the 64GB option are 900MB/sec and 180MB/sec respectively. Toshiba boasts that the random read and write performance of the new lineup is about 200% and 180% respectively better than previous gen drives.