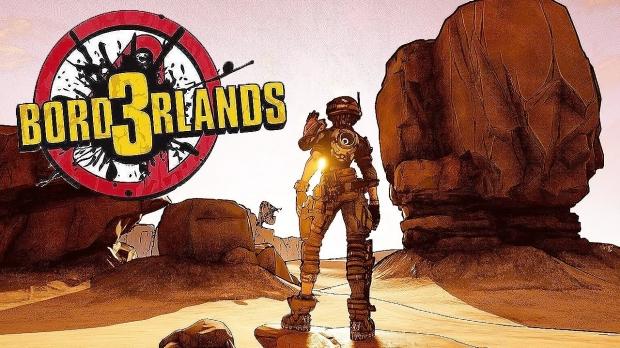 In its quarterly earnings call for fiscal Q1'18, Take-Two CEO Strauss Zelnick once again teased Borderlands 3 may be a part of the company's upcoming fiscal year release slate. "Looking ahead to Fiscal Year 2019, we expect to deliver both record net sales and operating income led by the launches of Rockstar Games' Read Dead Redemption 2, and a highly anticipated new title from one of 2K's biggest franchises," Mr. Zelnick said during the call. The Borderlands series of games is the second most popular of 2K's biggest non-sports series, with the now-defunct BioShock series taking the top spot with 25 million lifetime sales.

Last April Gearbox Software confirmed Borderlands 3 is in development, and company CEO Randy Pitchford showcased in-engine footage of the game at GDC 2017. Mr. Pitchford also confirmed that Borderlands 3 will run on Unreal Engine 4 and will feature a number of new technologies.

This 2K property and Rockstar Games' massively anticipated Red Dead Redemption 2 will be the catalyst for explosive earnings, the company predicts. Take-Two leadership forecasts record net sales of $2.5 billion and net operating income of $700 million for the full fiscal year driven by these two big titles.

As Take-Two's Fiscal Year 2019 timeline is from April 2018 to March 2019, Borderlands 3 could release at any point during the twelve-month period. The company has already confirmed a Spring 2018 release date for Red Dead Redemption 2.

Later in the earnings call an analyst specifically asked if Borderlands was a 2K series, in which Take-Two Interactive President Karl Slatoff answered in the affirmative and adding a little nod towards the not-so-surprising theory: "Yes, Borderlands is a 2K series. It's developed by Gearbox Softoware and published by 2K."