To celebrate the upcoming home video release of 'Fate of the Furious, we have fifteen Blu-rays to give away thanks to our friends at Universal Sony Home Entertainment. 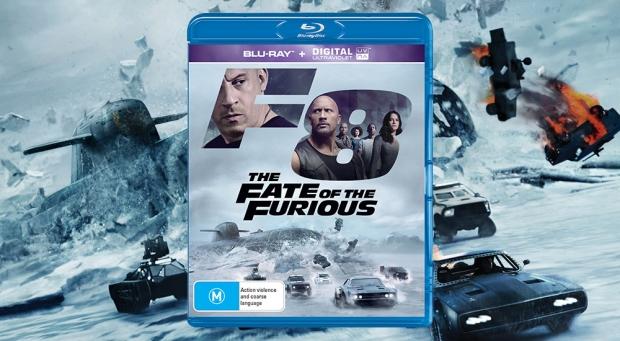 The ride isn't over. Now that Dom and Letty are on their honeymoon and Brian and Mia have retired from the game-and the rest of the crew has been exonerated-the globetrotting team has found a semblance of a normal life. But when a mysterious woman (Oscar winner Charlize Theron) seduces Dom into the world of crime he can't seem to escape and a betrayal of those closest to him, they will face trials that will test them as never before. From the shores of Cuba and the streets of New York City to the icy plains off the arctic Barents Sea, our elite force will crisscross the globe to stop an anarchist from unleashing chaos on the world's stage... and to bring home the man who made them a family.

How many 'Fast and Furious' films has Vin Diesel appeared in?

To enter, simply post this article to your social media profiles and send your answers, along with your postal address, to ben at TweakTown dot com before the competition closes on August 4.

'Fate of the Furious' is available to purchase on 4K Ultra HD, Blu-ray and DVD at leading Australian retailers from August 2nd.