The developers at Vicarious Visions have played some mind games with old-school Crash fans.

If you've played the new Crash Bandicoot remaster, you're probably having a tough time with the jumps. Thankfully we finally know why. It's not just you: Crash isn't jumping right, and his jumps really are off. These aren't the old-school PlayStation games you remember just updated fancy graphics, the devs at Vicarious Visions finally admitted, but a new game with an altered physics system.

"Many fans have picked up on the fact that Crash's jump isn't quite the same as it was, particularly in the first game, Crash Bandicoot," the dev team said in a recent Activision blog post.

"The reason for that is because we want the best experience for all players, and Crash's handling falls into this category. We spent a lot of time studying the three titles and chose the handling from Crash Bandicoot 3: Warped as our Trilogy's starting point. An increased precision is now required in the first game, which makes the gameplay experience different."

As any gamer will tell you, jumping mechanics are extremely important in any 3D platformer, so when old-school players buy the Crash remaster trilogy only to find the original game has been "altered", they're not too happy.

Vicarious Visions isn't going to adjust anything to make the game easier, however. The devs say the jumping system is by design, and that they've balanced things out with more checkpoints throughout the levels.

"Particularly if you are a new player, you may want to start with the second and third games first, and then come back to try Crash Bandicoot after you've had more practice. For those of you who played the originals and acquired a fair amount of muscle memory, re-learning the handling in our game may present an additional challenge you weren't expecting. But we're sure you up to the task."

V. Vision's decision to change up jumping mechanics has broken the nostalgia for many fans while the game continues to sell strongly across the globe. 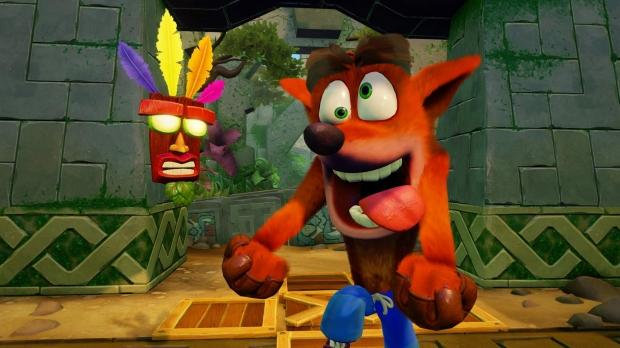