SuperData Research predicts that Destiny 2's digital version on PC will significantly outsell the console flavor by as much as 200%. 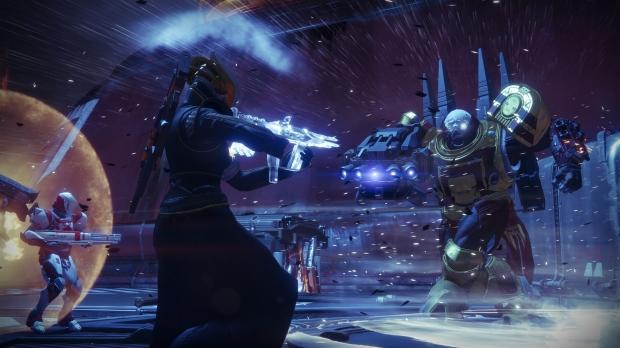 According to the latest prediction from SuperData Research, Activision's latest FPS juggernaut Destiny 2 will sell between 4 and 5 million digital units on PC and consoles in its first three months of availability. Activision has already predicted big sales for Destiny 2 throughout the remainder of its fiscal year, and industry expects reflect that the sequel will be in the top five biggest games released this year.

The forecast notes that Destiny 2 has a 33% chance to sell 1.5 million digital units on PlayStation 4 and Xbox One family of systems in its first three months, but PC has a 29% likelihood to sell 3 million digital units, or 200% more than the consoles, in that same period. While these numbers might sound impressive, Destiny 2 on PC will only be available on Blizzard's Battle.net digital distribution framework and not on Steam. Physical versions of Destiny 2 on PC sold in stores will contain a code for a digital download, and it's unclear whether or not SuperData Research includes these sales as digital or physical. 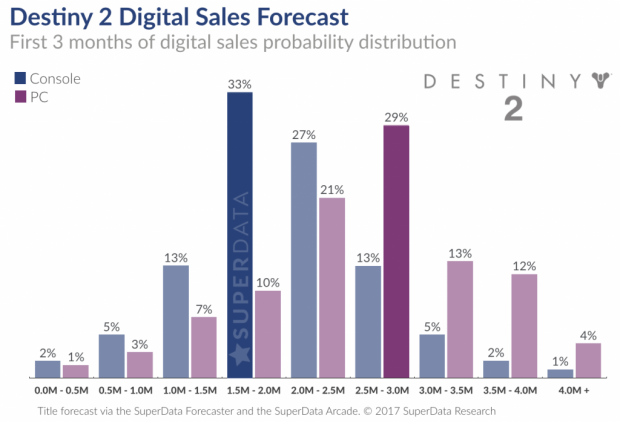 Furthermore, Destiny 2 will release over a month later in October on PC, versus the game's September launch on consoles.

"In developing their forecast, SuperData evaluated the performance of Destiny 1 on console and how it compared to other AAA titles that launched during the same time period. The forecast also takes into account the expected early September launch date of the title, the impact of a Battlenet release on PC and macro-level digital download trends," SuperData wrote in its forecast.