To celebrate this week's release of the return of 'The Great Wall' on 4K Blu-ray, 3D Blu-ray, DVD and digital we have 15 Blu-rays to give away thanks to our friends at Universal Sony Pictures Home Entertainment. 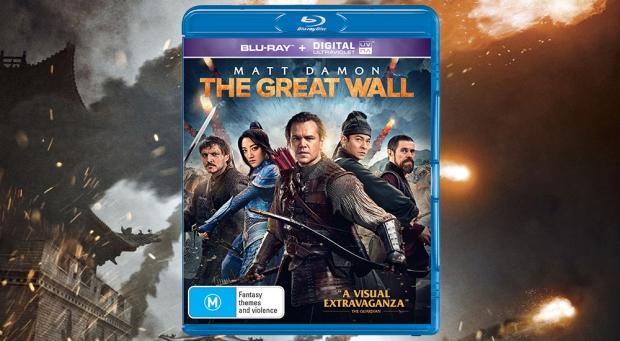 What were they trying to keep out? Between courage and fear, between monsters and men, stands a wall that must never fall. The film is set in ancient China and Matt Damon's character is a mercenary who travels east in search of gunpowder and discovers the mighty Great Wall and the terrible secret behind why it was built. This savage tale of man vs. nature will leverage the world class visual effects of Weta to create an entire ecosystem of creatures hellbent on our destruction.

How long is the Great Wall of China?

'The Great Wall' is available to purchase on 4K Blu-ray, 3D Blu-ray, DVD at leading Australian retailers from May 31.