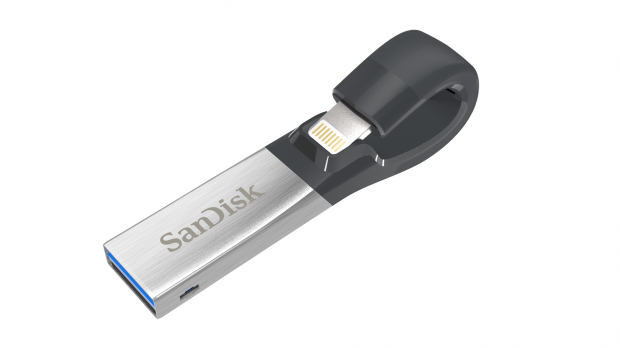 However, it also has a USB 3.0 connector for connecting to computers and other devices as an intermediary between the iPhone or iPad. The device also comes with an app that helps to improve the user experience through features like automatic camera roll backup including tagged photos posted to social media. SanDisk also offers optional encryption and TV streaming via Chromecast or Amazon Fire directly from the iOS device.

The SanDisk Connect Wireless stick has all of the capabilities of the iXpand Flash Drive but without the physical connection. It accomplishes this via a password-protected Wi-Fi connection that allows for the streaming of music, movies or other videos. It allows for more than just iPhone connectivity, which means you could treat it as the central storage for your life, no matter where you go.

Both devices are available now at Amazon, Best Buy and B&H Photo for $279.99.