Tomb Raider, Deus Ex and Final Fantasy publisher Square Enix's European account has been hacked, and the would-be ne'er-do-wells are trolling the industry. 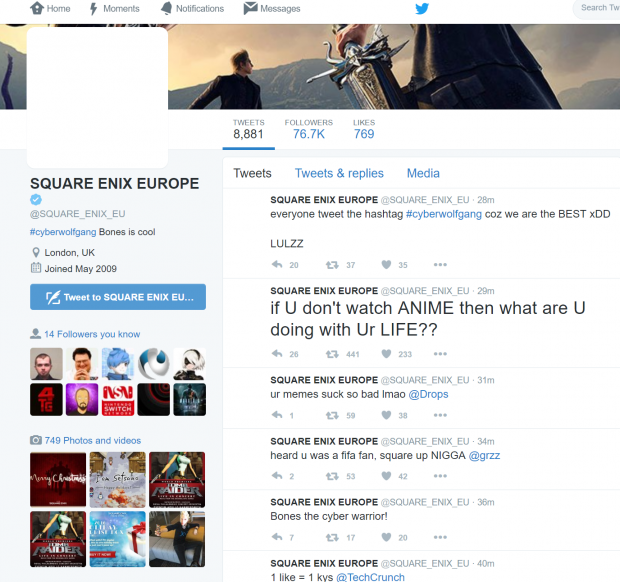 Almost an hour ago, Square Enix Europe's Twitter account started spewing ridiculousness to its 70,000+ followers, leading gamers and fans to come to the obvious conclusion: the account has been compromised. The hacking group responsible for the invasion is apparently called the #cyberwolfgang, and the users are currently still in full control over the account.

Just months ago No Man's Sky developer Hello Games had their Twitter account compromised, leading to the damning--if not quite true--statement "No Man's Sky was a mistake" put out for the entire world to see.

It'll be interesting to see what happens, and we'll be sure to update the post once we hear more.

Fifa is such a shit game LOL RT

I AM THE GREATEST HACKER ALIVE.... SOMEONE HIRE ME LOL