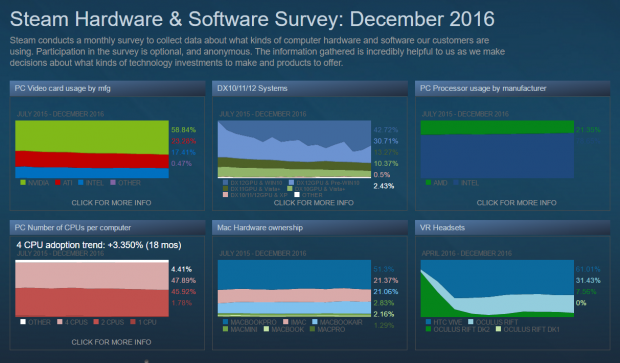 Despite Windows 10 now technically running on more than half of all Steam user's machines, Windows 7 is still quite popular at 33.8% of total Windows users (64-bit and 32-bit combined).

Be sure to check the full hardware survey for all the figures and stats. 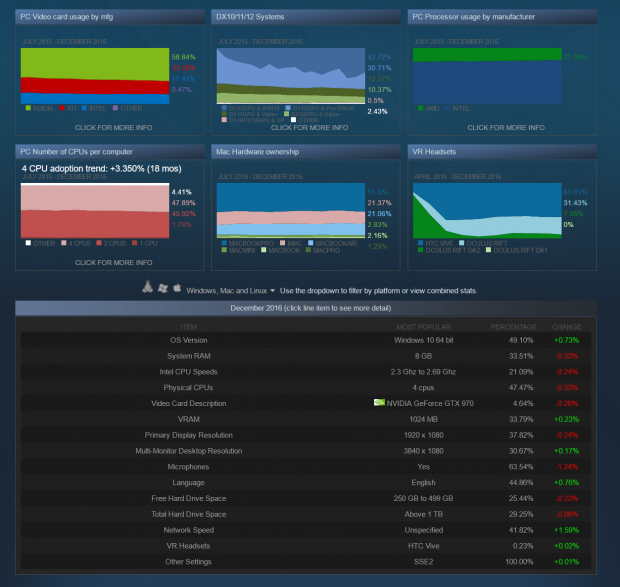