It's no news that Elon Musk likes to add Easter Eggs in the Tesla's software - from Mario Kart animation in Autopilot to making your Model S submersible (although only on the control panel, for now).

The latest Easter Egg, reported by Jason Hughes, is probably the best one so far and I can only imagine Musk smiling when thinking of this on. We all know about Musk's plans to colonize Mars.

At least we know there will be Teslas on #Mars @elonmusk @TeslaMotors Taking mine there for a spin! #EasterEgg pic.twitter.com/GE7C6Hb295

Now, he added an Easter Egg that changes the rendering of the Model S or X into SpaceX's Interplanetary Transport System with its solar arrays deployed.

When you close the window that's showing your spacecraft, you will find yourself on the surface of Mars with Tesla's map showing the Red Planet. If you zoom in the photo, you will even see NASA's Curiosity rover on the surface. 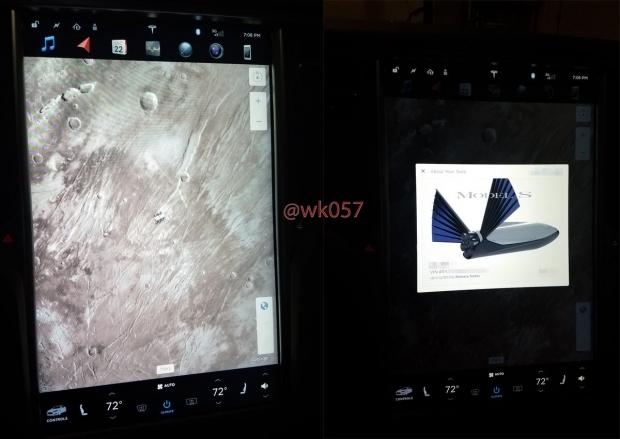