The planned launch of NASA's CYGNSS spacecraft aboard an Orbital ATK Pegasus rocket has been postponed. According to the company, a hydraulic pump aboard the Orbital ATK L-1011 Stargazer aircraft, which is required to release the latches holding the Pegasus in place, was not receiving power. 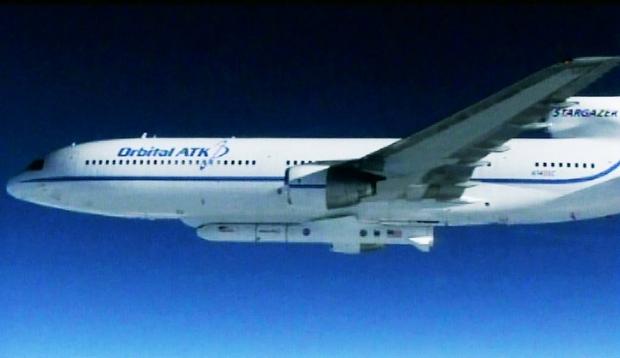 The three-stage Pegasus XL will be used to deploy eight small satellites for NASA's Cyclone Global Navigation Satellite System (CYGNSS) mission into a Low-Earth orbit. Pegasus is carried aloft by Orbital ATK's Stargazer L-1011 aircraft to approximately 40,000 feet over the Atlantic Ocean, where it will be released and free-fall for five seconds before igniting its first stage rocket motor. With its unique delta-shaped wing, Pegasus will deliver these satellites into orbit in a little over 10 minutes. 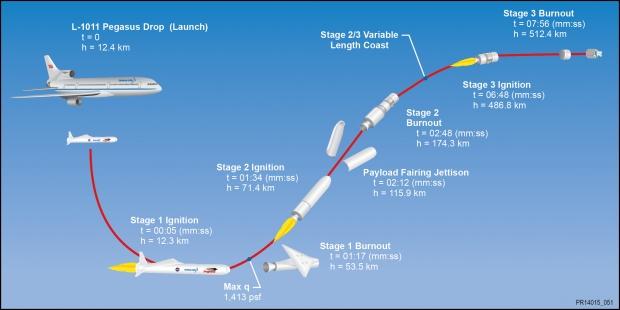 CYGNSS will be used to study hurricanes and to learn about their rapid intensification.

"This mission will help us get a better idea of the intensity of tropical cyclones," said Frank Peri, director of the Earth Systems Science Program Office (ESSPO), based at NASA's Langley Research Center in Hampton, Virginia.

The next possible launch opportunity is Tuesday, pending resolution of the pump issue.