Half-Life remake Black Mesa has been in development for about eight years. It finally saw the light of day in 2012, albeit with the infamous Xen levels and thus the ending missing. At long last, they are nearing completion: developer Crowbar Interactive has pinned down a release window to summer 2017. 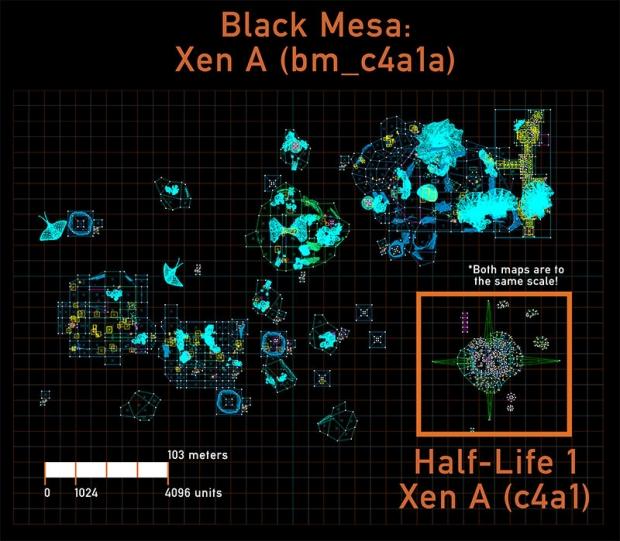 Explaining the extended timeline, Crowbar says bringing the game to Steam -- which requires porting and optimization -- has taken up a lot of resources. The rest of it is due to a strong desire to do justice to the levels as well redesign and expand them so they represent what "Valve would have done without the limitations of the time." As you can see from the map comparison above, they are much, much bigger and more complex; hopefully the new designs don't mean Xen is even more maddening than before.