Are we alone in the universe? Will we ever discover an intelligent species? These two questions plague many scientists focused on the search for extraterrestrial life forms. 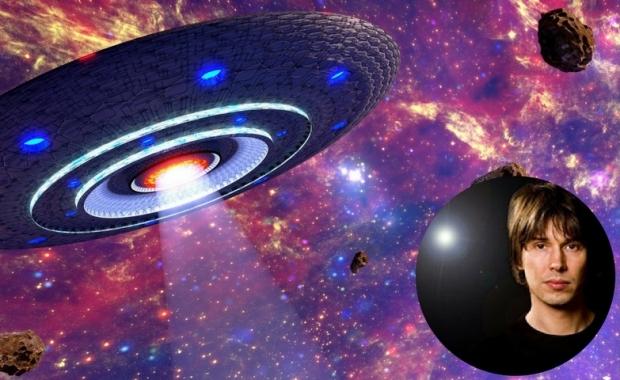 Popular physicist Brian Cox, who has received many awards for his efforts to publicize science, believes he knows the answers to these questions. And they are somewhat depressing. Cox says we shouldn't count on finding intelligent life forms cause they are all - dead.

Cox suggests that our search will not be successful because every intelligent life form eventually destroys itself after it fully develops. In addition to intelligent aliens probably being dead, he thinks we would face the same fate.

Among the billions of planets in our galaxy we still haven't found one that has intelligent life. Cox built his thesis on the Fermi paradox, which asks where is everybody in the universe?

Essential points of the argument, made by physicists Enrico Fermi are that there are billions of stars in the galaxy that are similar to the Sun, many of which are billions of years older than Earth. With high probability, some of these stars will have Earth-like planets, and if the Earth is typical, some might develop intelligent life. Some of these civilizations might develop interstellar travel, a step that Earth is investigating now. Even at the slow pace of currently envisioned interstellar travel, the Milky Way galaxy could be completely traversed in about a million years. Many have tried to explain the Fermi paradox primarily suggesting either that intelligent extraterrestrial life is extremely rare, or proposing reasons that such civilizations have not contacted or visited Earth.

If we take into account the age and size of the universe, there should be a civilization more advanced than ours, so why haven't we discovered it?

One of the possible solutions is that these civilizations destroy themselves once they reach a certain stage of development and size. That could happen either trough war with advanced weapons or natural disaster.

Cox further explained his theory to the Sunday Times.

One solution to the Fermi paradox is that it is not possible to run a world that has the power to destroy itself and that needs global collaborative solutions to prevent that. It may be that the growth of science and engineering inevitably outstrips the development of political expertise, leading to disaster. We could be approaching that position.

However, Cox elaborated his opinion in the mean time and said on his Facebook that he does believe there are other civilizations in the universe, though extremely rare.

While small group of scientists have such a fatalistic attitude about the universe, others disagree. They believe that the Earth was the first planet in the entire universe to host complex life. Facts are that the Universe has been around for about 13.8 billion years and modern humans for just about 200,000 years, or 0.00145% of all time, which is the reason why many scientists believe we are that advanced civilization in the universe and the others could take billions of years to develop.

What do you think is the reason for us not having found any signs of life in space? Leave your response in the comments below.