Resident Evil VII isn't actually fully exclusive on Sony's PlayStation VR: Capcom's deal with Sony is timed exclusive, so the horror game could come to other VR headsets in the future. But there's one catch: we'll have to wait a full year. 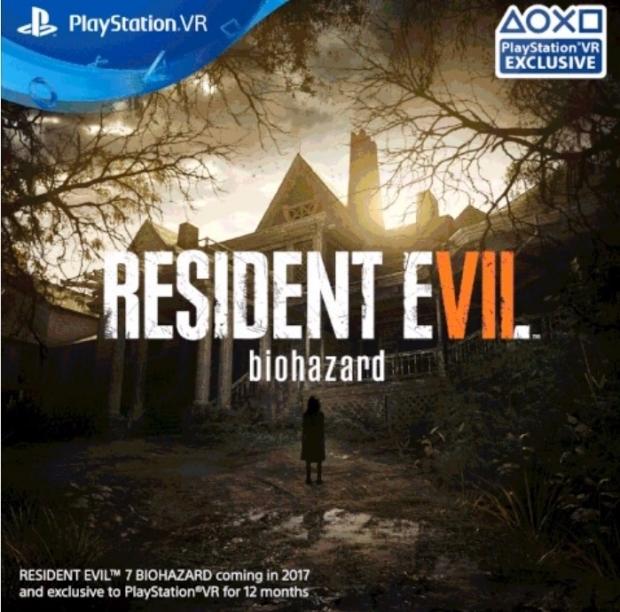 Capcom's new Resident Evil VII is touted as the first "full VR experience" on Sony's new PlayStation VR, meaning you'll be able to play the entire base game in VR. Normally VR games are "smaller, passive experiences" that focus on quality versus game time, and PSVR's games are no exception (Batman Arkham VR only lasts 2.5 hours on PSVR) . So a full-scaled VR game is a great selling point for the PSVR, regardless how sick it'll make you.

But it looks like Resident Evil VII's exclusivity lease is up in 2018, and it could jump to other VR headsets like the Oculus Rift and Vive at that time. The key word here is could, and it all depends on whether Capcom thinks there's a market for it or not.

I think Capcom is experimenting with RE7 to see if the company has VR legs yet. They've already done some extensive testing with The Kitchen, which turned out to be a playable test demo for Resident Evil 7, so there's some merit. I think if the game does well in PSVR, Capcom could bring the game to other platforms too.

Capcom is currently pushing into all gaming sectors, including mobile and handheld, as well as the traditional PC and console platforms. It's only natural for them to start pioneering VR experiences, and I think we'll see even more of these types of exclusivity deals from the Japanese publisher in the future.

Resident Evil 7 launches on January 24, 2017 on PS4, and will be upgraded on Sony's new PS4 Pro and be fully playable on the PlayStation VR headset.

Resident Evil VII currently has a super-creepy free demo on the PlayStation Store, so be sure to try it out now.