To celebrate this week's release of 'Teenage Mutant Ninja Turtles: Out of the Shadows' on Blu-ray and DVD, we have ten Blu-ray copies to give away thanks to our friends at Universal Sony Home Entertainment. 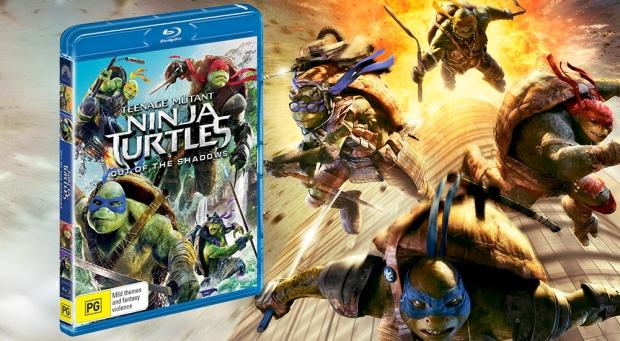 Raise some shell! Michelangelo, Donatello, Leonardo, and Raphael return to the screen to battle bigger, badder villains, alongside April O'Neil (Megan Fox), Vern Fenwick (Will Arnett), and a newcomer: the hockey-masked vigilante Casey Jones (Stephen Amell). After supervillain Shredder escapes custody, he joins forces with mad scientist Baxter Stockman (Tyler Perry) and two dimwitted henchmen, Bebop (Gary Anthony Williams) and Rocksteady (Stephen 'Sheamus' Farrelly), to unleash a diabolical plan to take over the world. As the Turtles prepare to take on Shredder and his new crew, they find themselves facing an even greater evil with similar intentions: the notorious Krang.

The four Ninja Turtles are named after what historical inspiration?

'Teenage Mutant Ninja Turtles: Out of the Shadows' is available on 3D Blu-ray, Blu-ray and DVD at leading Australian retailers from September 15, and available now on Digital.