Fans of the FX Network's long running animated hit 'Archer' will be happy today, with confirmation that the show will continue for at least another three seasons. 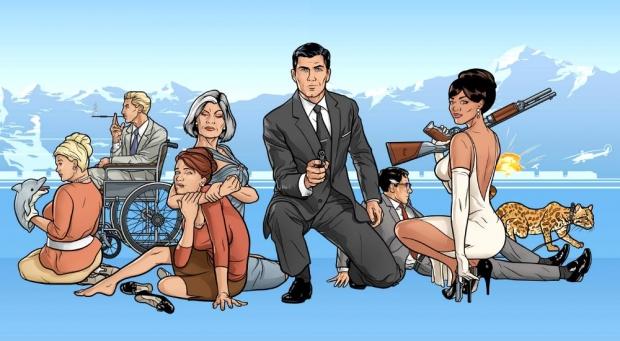 Despite falling ratings, the network is confident enough in the future of the show to keep it around for at least a total of 10 seasons, which will see it on the airwaves through to 2019. Nick Grad a, co-President of Original Programming for FX Networks told media "We can't say enough about what Adam, Matt and the entire Archer team at Floyd County have done to keep this series so insanely funny and vital through seven seasons. The move to Los Angeles this past season as private detectives was just the latest twist in Archer's legendary exploits and the next three seasons will to be just as amazing and unpredictable. We are thrilled to continue making great TV with our friends and colleagues at Floyd County." While the season order has been reduced to just eight episodes, that means that there's still 9 hours of the show on the way, and that's a very good thing.