Computex 2016 -- Corsair debuted some slick new Vengeance DDR4 RAM in Taipei this week featuring LED lighting, ample overclocking headroom, and cherry-picked Samsung ICs. I'm not normally so enamored with RAM, but these are something special. I mean look at them! 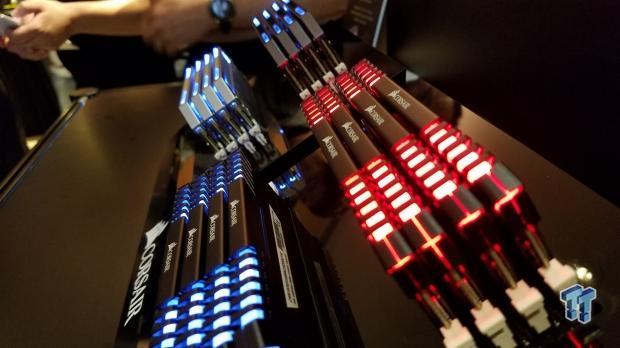 Corsair's Vengeance LED series is capable of speeds up to 4300MHz using X99 or X100 motherboards, which distinguishes these as Corsair's fastest kit ever thanks to specially selected Samsung ICs. The kits support XMP 2.0, some aggressive looking heat spreaders, and will light up your case in customizable red or white colors that breathe while in use. 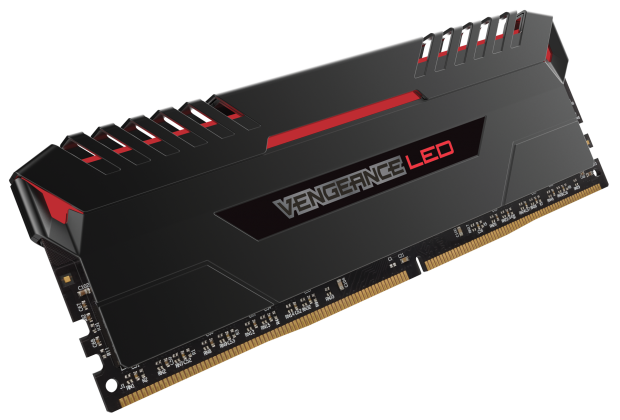