Ready At Dawn's new AAA third-person action game will be unveiled next week, according to GameStop's new publishing sector. 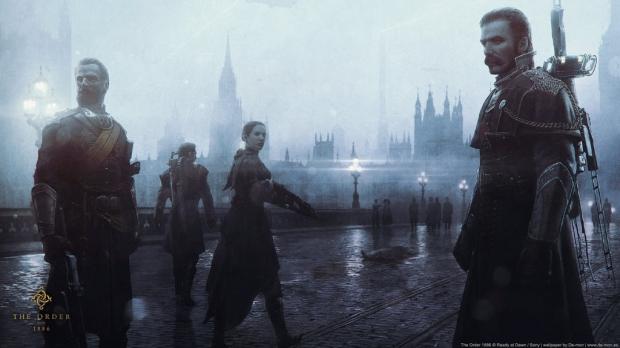 Now that GameStop is a fully-fledged games publisher, the company is eager to push out new games onto the market. The second major release under GameStop's GameTrust will be Ready At Dawn's new game, which is described as an "exciting new AAA third-person action console title, based on a brand new original IP we are creating."

Ready At Dawn is one of the major studios to join GameStop's GameTrust label, and we'll be seeing their latest game in the near future: "We have several other games slated for release over the next year. In fact, next week we will be announcing our second game under the GameTrust label with Ready At Dawn," said GameStop COO Tony Bartel.

Disc-based versions of Ready At Dawn's new third-person game (and all games under the GameTrust label) will be exclusive to GameStop stores. So you won't be able to walk into Best Buy or Walmart and pick up the game.

"As a reminder, as the publisher, we participate in not only in the exclusive sale in physical discs by our GameStop branded stores, but we also participated in profits from digital sales from the game and collectibles regardless of where they are sold," GameStop's COO Tony Bartel said.

Digital versions of Ready At Dawn's new game--and all GameTrust games--will likely be available across PlayStation Network, Xbox LIVE and Steam, and GameStop will take a cut from these sales too.

We've known for a while now that Ready At Dawn is working on a new game, and as we listed above, it'll be a third-person action game set in a new IP. So expect The Order: 1886 visuals with (hopefully) new gameplay mechanics, and non-QTE combat sequences.

Ready At Dawn pretty much knows it messed up with The Order: 1886, and has promised that it'll "do better with its next game".