Until the recent rise of low-level programming APIs Mantle, DirectX 12, and Vulkan, visual and performance advancements and innovations in the gaming space were slow and scarce. Now, says Crytek technical director Rok Erjavec, it's a whole new ballgame again. 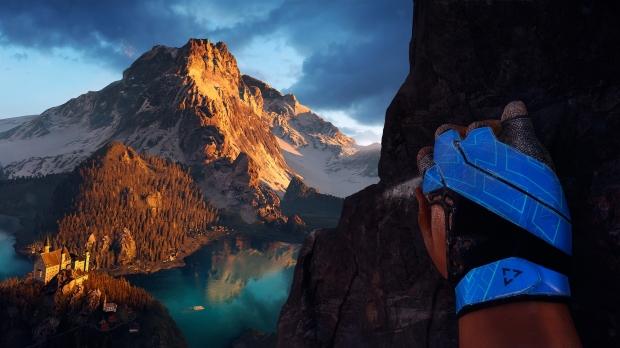 "I have no doubt we will see a lot more novel approaches and deviations from established rendering pipelines [as a result of DirectX 12], something that has already been happening to an extent," he explains in an interview with DSOGaming.

"There's a wealth of academic research that was ill-suited to practical application through a combination of hardware and software abstraction limitations. With the latter getting out of the way, and hardware flexibility continually improving - more than things just getting iteratively "prettier" - we're looking at a rise in experimentation again. In a way, the industry has circled back to a place similar to where we were in the early-mid 90s, when software rasterization didn't really impose any restraints on creativity beyond the 17ms barrier."

Essentially, low-level APIs have given developers and programmers newfound freedom, which means not just a significant leap in visuals and performance in games, but the possibility of fresh art designs and new programming techniques that could pave the way forward for a long time to come. Of course, this is far from being in full effect. As Erjavec notes, it will take time.

"As with every new technology stack, there's a learning curve that we're currently seeing and working through. DX10-11 pipelines have had the benefit of multiple years of focused driver optimization and work-arounds specific to their workflow, and the paradigm shift that comes with DX12 effectively erases some of the benefits of this legacy."

"In conjunction with the fact that the early DX12 titles have effectively been ports of DX11-optimized assets and codebases, we are not yet seeing software that really targets DX12 strengths, and in some ways, teams have to specifically re-learn how to fix things that used to be the responsibility of driver development teams in DX11. The situation will continue to improve throughout 2016, and as more titles shift toward targeting low-level APIs from the start of development, the differences and benefits will become more obvious."