Fallout 4's new Far Harbor DLC will be very much like a chilling horror movie, with a dark foggy atmosphere filled with lurking terrors.

Now that Far Harbor is in beta testing, some testers have revealed key features of the new DLC, revealing something quite surprising: Far Harbor is pretty haunting, with creepy atmospherics right out of John Carpenter's The Fog. Set on the cost of in post-apocalyptic Bar Harbor, Maine, the DLC features dangerously irradiated landscapes and skirling fog. A whole new breed of mutated monstrosities and slithering nasties are waiting in that fog, and players will fall prey to jump scares and an overwhelming sense of being hunted.

"It's kind of like a mix between Point Lookout and Dead Money," wrote on beta tester on Reddit. "It's incredibly unnerving to explore," says coldwave44. "Far Harbor is incredibly dark and foggy all the time, and you legitimately run the risk of being ambushed and murdered at any second. The enemies are really deadly too," writes another.

Far Harbor also clocks in at about 20-22 hours to fully complete, counting main and side quests. Bethesda affirms that Far Harbor is the biggest DLC they've ever built, with a region that dwarfs Shivering Isles.

Far Harbor is slated to release on May 19, 2016 on PC, PS4 and Xbox One for $24.99, and will be free for season pass holders. For more on the DLC, be sure to check out our trailer breakdown. 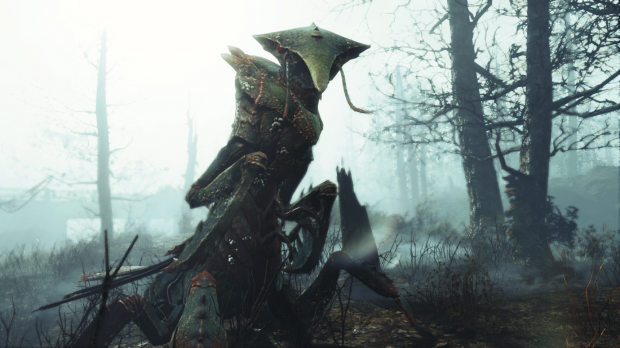