Comcast is America's cable giant and Netflix is the poster child for new wave programming, so it's only logical to compare the two in light of their recent company reports. As fate would have it, Comcast boasts 33,347,000 cable subscribers, but Netflix does them about 22 million better with 44,740,000: a 100.2% differential. 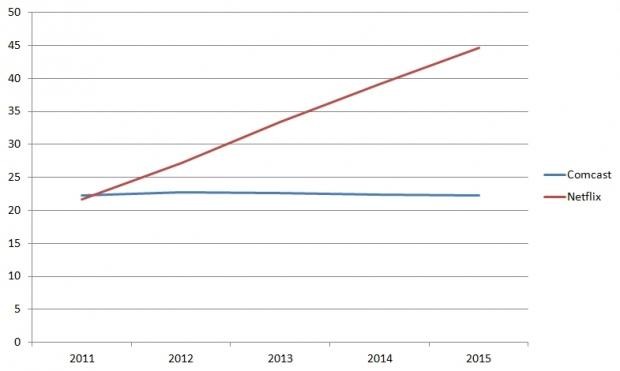 Mind you, Comcast does business by charging a lot lore to fewer customers, whereas Netflix charges a lot less to a lot more. So while the user gap is major, the revenues for the competing services would tell a different story.

Meanwhile, subscriber growth rates show Comcast doesn't really have a growth rate (not too surprising given how long cable has been around), whereas Netflix has been increasing its base steeply each year.