We took the time to talk with the creators of an upcoming resurgence into the tactical turn-based RPG realm. This is a genre that hasn't exactly seen the most attention as of late, which seems to be due to not fully understanding realizing the potency of it. Regardless of why there haven't been many games in this realm, this one wants to blend the classic with the modern and bring back the wondrous joy that you may or may not have been privy to when the genre was created so many years ago. 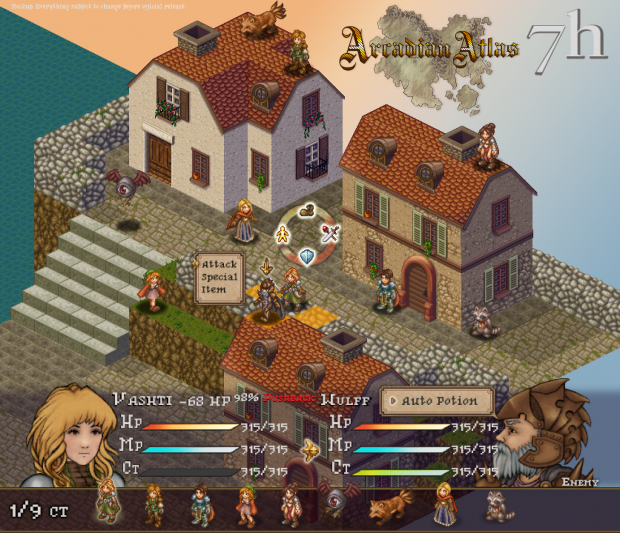 Taylor Bair, the co-founder of Twin Otter Studio with his sister, Rebecca, was able to answer a few questions about their upcoming project, Arcadian Atlas, which is now on Kickstarter to help fund the development of their game. Tactical RPG's of this nature, with a high-fantasy setting, aren't nearly as common as you'd think, so these two are very excited to bring this back to the world in the unique way that they plan bring it back.

This game definitely has a classic flair to it, which your Kickstarter mentions. Where does your inspiration for this game come from?

We grew up with classic games from the SNES like Suikoden, Chrono Trigger, and Breath of Fire, so we wanted to create something that evoked those, but had a charm all its own as well.

And of course we play Final Fantasy Tactics, Tactics Ogre, and other more modern examples of the strategy RPG genre like XCOM and absolutely love the strategic side of those.

What games did you and your sister play while growing up. Clearly not RPG's... Clearly... :)

Hahaha, well yeah, we played a lot of RPGs. We cut our teeth on just about every Square game, but we love almost all genres too. First person shooters, fighting, adventure, point and click, you name it we've probably played it genre-wise.

Our favorites though were definitely RPGs, particularly because of the progression of a character and the core stories that we could enjoy even when the other person was playing. 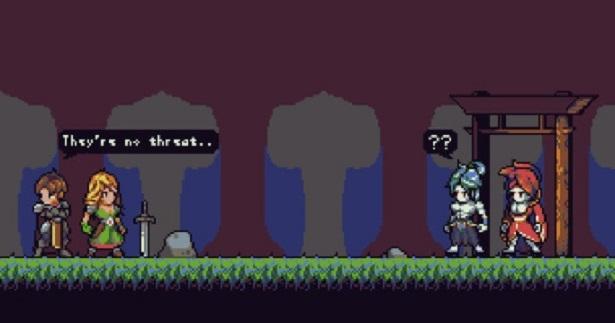 What tools are you using to build the game?

We use RPGMaker MV as the core engine with Javascript modifications on top of that.

Becca uses Pyxel Edit and Photoshop for the sprite/art work and I use Photoshop and the Final Cut Pro video editing suite for video stuff and graphics.

It really looks great, with a lot to like already. But what are you guys doing that's different from the usual Tactical RPG?

There is a lot to hearken back to, but at the same time we're taking a fresh perspective on things. With our job classes, we are focusing more on keeping a core class style and having branching skill trees to further specialize them, rather than jumping around from class to class. For our story we want to keep things very character focused as the core cast develops and changes based on the things they experience. And for challenge we are planning multiple paths of character progression instead of static difficulty levels.

The story and narrative seems to set it apart, how will the player be able to interact and change the storyline? Or will they be able to?

With our dream game, we do have some branching storylines in mind, including multiple endings and a possible New Game+ feature to further develop your squad after the game ends.

Of course, much of this depends on time and funding, so we're hopeful that some of Stretch Goals for the Kickstarter campaign will get hit. 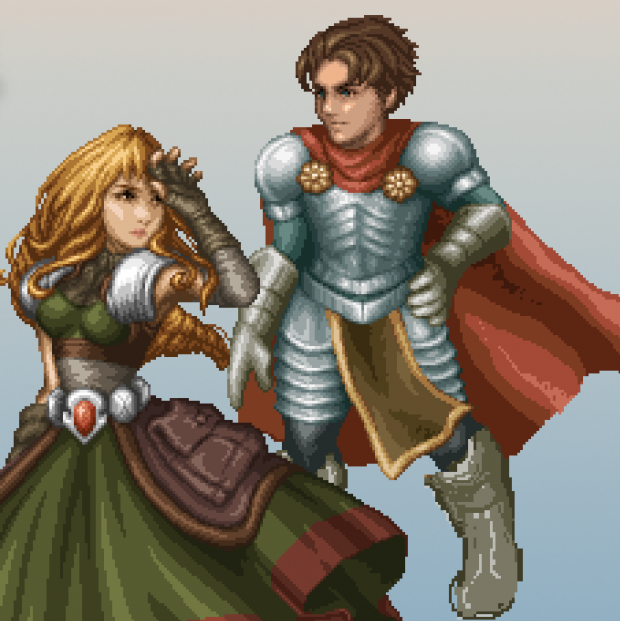 10 hours admittedly seems a bit short for any game, what sort of replayability will there be to look forward to?

10 hours is the play length if we just hit our funding goal. Our dream game, which is essentially double that funding goal, will double that playtime and include additional locations, story bits, job classes, and skills. Basically, everything will be more expansive.

Why'd you guys choose to use a jazz soundtrack? It doesn't exactly evoke thoughts of ruthless murder.

Nope, and that's one of the reasons we decided upon it. We didn't want the generic soundtrack for the game, because the game isn't generic. Ultimately, we love music that stands apart and is infinitely listenable, so we wanted a soundtrack that wasn't dependent on the game to be interesting.

Moritz, our composer in Germany, is an absolute genius too, and his work continues to exceed our expectations.

The pixel art already shown off is really impressive, is that all original art?

It is! Becca works extremely hard and labors over every pixel on those bad boys. All original, and all gorgeous! She's worked for years as a freelance pixel artist though, so it isn't a surprise she's become so good.

What're your plans for the future of Twin Otter Studio?

We're focusing first on Arcadian Atlas - ensuring that core experience is balanced and beautiful. We'll cross other bridges when the time comes, but we're excited and always creating, so we're both keeping notes when things of interest come to mind that don't exactly fit with Arcadian Atlas.

I'm sure the next project is buried in there somewhere!

Thank you Taylor for taking the time to answer a few of our questions. We're excited to see what comes of the project after it successfully completes it's Kickstarter. It's not everyday that a unique take is seen in this manner. This doesn't seem like the typical Kickstarter that's seeking attention, but one with real drive.