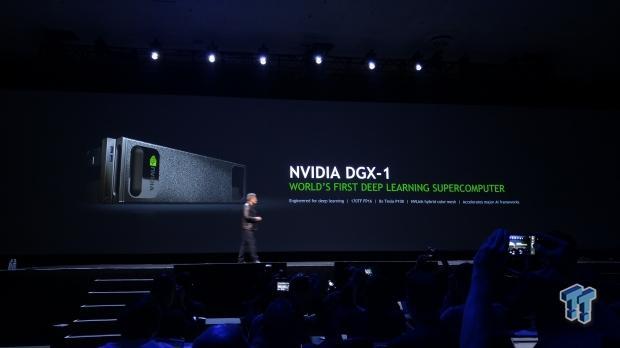 Well, NVIDIA also announced its new DGX-1 - the world's first Deep Learning supercomputer. DGX-1 packs 8x Tesla P100 video cards, each with 16GB of HBM2. DGX-1 has 7TB of SSDs, 2 x Intel Xeon processors, 170 TFlops of performance, Quad IP 100Gbps and dual 10GbE connectivity. It uses just 3200W of power (3.2kW) which might sound like a lot to you and I, but this is a supercomputer... not a traditional rackmount PC.