A new online collectible card game is coming out of the gates swinging, and wants to capture your attention in a way that no other game of its genre quite has just yet. Star Crusade: War for the Expanse gives you a massive overarching story, where you get to be in control of one of the six different, powerful factions struggling for power.

Star Crusade offers a deep and highly customizable card battle experience with more than 400 playable cards and multiple different types of playable modes. They've got single-player matches and competitive battles against friends or random people. Four-player play, sharing and gifting of your deck is all coming soon as well.

Competitive collectible card games are a genre that's been growing as of late. The popularity is now crossing over into the digital realm with the likes of Hearthstone continuing to gain momentum since it was officially released in 2013. It's quite the phenomenon really. 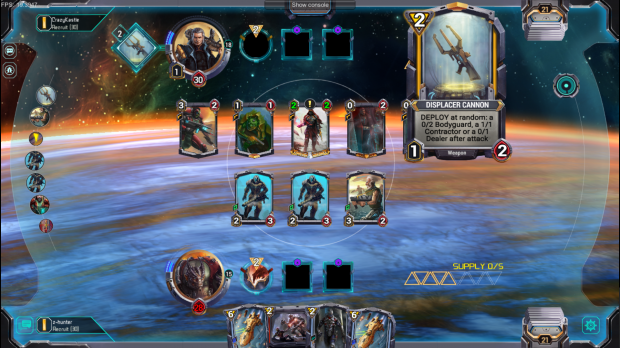 Of course, there are some key features that are supposed to set it apart from the different types of CCG's that are out there. Most notable is the number of cards, but they're also introducing asymmetrical gameplay and a way to add-in new "modules" to customize the way you play. It's set to release sometime in 2016, which means soon.