Counter-Strike Global Offensive has a strange internal economy that's driven in large part by the weapon skins created by the community. It also attracts a lot of attention and players to the game. In essence, it's the backbone of the game, a reason why people play. To have these digital works of art and display them in-game. These player-contributed and professionally contributed works of art (and sometimes non-art) are sometimes a source of great pride among players, as they compare and compete in order to win or open a case with an expensive and sometimes beautiful looking weapon skin. Also, people can make money from these. 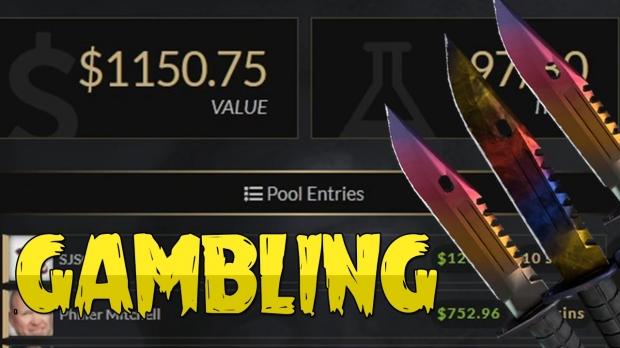 Valve oddly makes betting incredibly easy in the game itself. One can buy cases that have randomly won weapons upon opening, which the keys to open also cost money. Those weapon skins can be easily transferred to third-party pools, or websites, to be either sold or put into a 'pot' to be won by betting on different professional and semi-professional CSGO matches. There is a wide variety of websites that offer ways to use your weapon skins as collateral, and currency, to gamble and place bets.

You can go to one of many different sites, 'csgo-jackpot.com', 'csgo-casino.com', 'csgoshuffle.com' and 'csgofast.com' which work using the 'jackpot system' to provide winners. The jackpot system is a system where you put your skins in a shared pot, of sorts. The total value of your items that you put into the pot determines your percentage chance of winning. When you win, you get the entire pot full of everyone's skins that have been bet.

This jackpot system is growing in popularity exponentially and some of the biggest streamers on Twitch concentrate primarily on betting on these sites instead of actually playing the game now. Some streams will advertise the gambling quite heavily when it's done, either for the reaction when losing (or winning) or for the excitement of gambling itself. 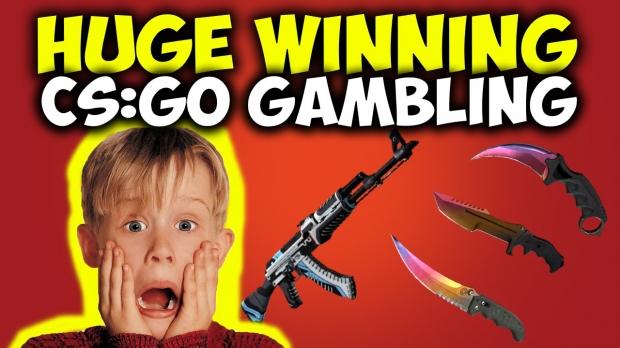 This is a problem for several reasons. The first is that gambling can be a very addictive and negative thing for many people's lives. Also, some channels are becoming gambling focused, instead of gaming focused. It also highlights another issue that might not necessarily be talked about; Underage gambling. It's illegal in many countries across the world to gamble under a certain age. Also, gambling is generally highly regulated in many nations, the US included. This CSGO gambling is not in the slightest, nor are there controls to prevent underage individuals from gambling. Another minor issue is that it seems to attract a lot of attention, thereby the number of views for legitimate CSGO players.

A lot of children and minors go to these websites to bet. As said before, this is a highly regulated industry with several laws in the US specifically that limit online gambling of any sort. Technically, online gambling is illegal in the US. That is, betting on a game of chance over the Internet is illegal. Poker is argued to be a game of skill, so therefore seems to skirt the definition and falls into a legal grey area.

In 2006 the Unlawful Internet Enforcement Act made some sweeping changes, but left a noticeable grey area. Specifically it "...prohibits gambling businesses from knowingly accepting payments in connection with the participation of another person in a bet or wager that involves the use of the internet and that's unlawful under any federal state or law."

Games of chance, which betting using these CSGO websites, is indeed illegal in most of the US. It's legalized though regulated in Delaware, New Jersey and Nevada. And even then, sites must be properly licensed to operate in those states. Even though you're betting things that are indirectly worth money, it might not necessarily be legal in your particular jurisdiction. That, and underage gambling of any sort, for real money or not, is not legal at all.

Oddly, just as in gambling at a casino, the skins are akin to casino tokens, which are indirect representations of real money and are indeed a part of the regulations surrounding gambling and casinos. So perhaps even this indirect betting could be considered actually illegal if brought to the attention of Law Enforcement or the Department of Justice.

Children and legal minors aren't allowed to bet by the laws of almost every country. And sometimes they don't even buy these skins with their own money. It might be seen as joking to say that these kids "use their mom's credit card". But the stupid thing is that this actually happens more often than you think. This isn't a joke, kids shouldn't be allowed to take part in this system where they can lose all their money (and their parents money) while they are betting virtual items.

There is some good about the jackpot system, however, in that it can actually prove to change people's lives. Imagine someone who is having trouble paying all his bills, he puts all of his hard won skins in a jackpot and wins $1000 worth of skins, which can be sold within the Steam Community. The chances of something like this actually happening are really slim to none, but it's certainly possible.

The most likely scenario with gambling is that you'll eventually lose all of your money buying skins that aren't expensive in attempts to do something like this. So the reality is much more grim than you might think, or expect it to be. 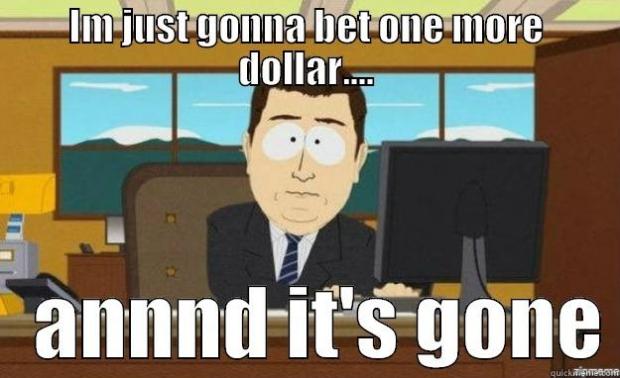 Kids shouldn't be allowed to bet this easily, regardless of whether it happens to skirt the laws so gracefully. Even if they don't operate in the US, these sites should find ways to determine the age, so they can ban kids until they are the legal age.

A little gambling isn't necessarily so horrible, but not everyone has the self-control to stop while they're ahead, or to just do it once, should they lose. It can end up being a very slippery slope, one that can lead to very unfortunate situations. Then again, it can also be a fun intermittent pastime that has little effect on your life as well.

But it does fall into a legal grey area that isn't helping anyone, and it can potentially blow up into a very horrible ordeal. Kids are stealing money to participate, and it's only legal because no one has really noticed. It's been on the fringe, as it's not necessarily considered a large deal. But now that it's enabling minors across the world, perhaps something should be done.