Doom is set to be one of the biggest releases of the year, but how will it perform on the ultimate gaming platform? Well, the idTech 6-based game runs entirely on OpenGL, which really changes things up. Why? Because AMD and NVIDIA optimize their drivers and goodies inside for DirectX, and with nearly all games being based on DirectX, id Software is changing things up with Doom.

Early benchmarks using the Doom alpha have been performed by GameGPU, where we see AMD dominating NVIDIA. These benchmarks are from an early build of Doom, without any platform-specific optimizations done, so things will only get better from here on out. As for the specs on the PC running the Doom alpha, this is what was used: 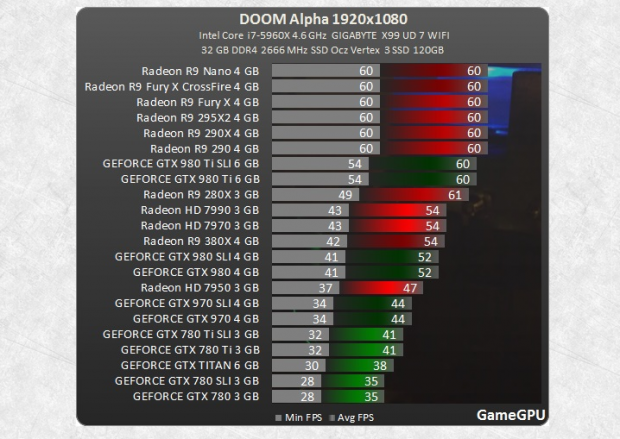 The 1080p results, where we are seeing the 60FPS barrier met very quickly by all of AMD's video cards, including the R9 Fury X in Crossfire. 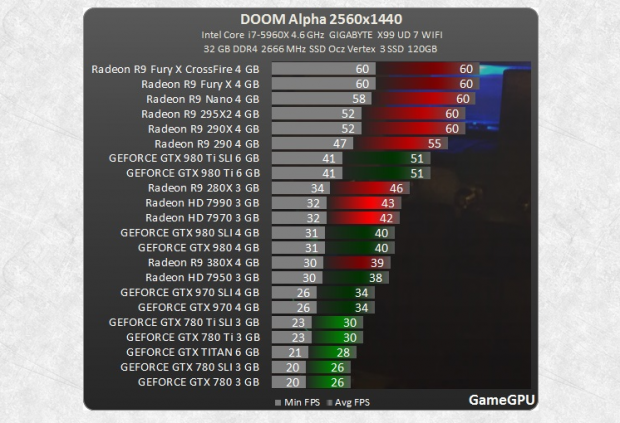 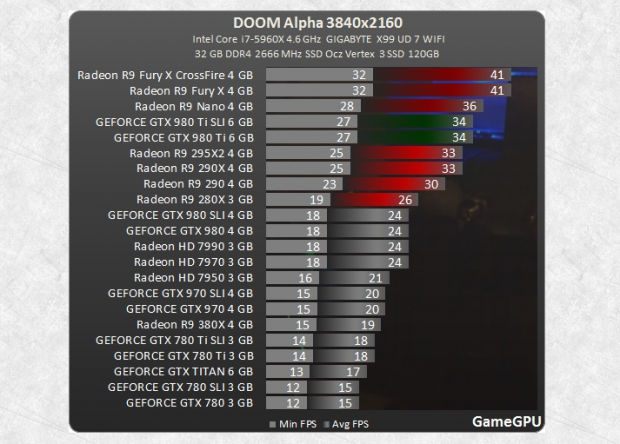 Where it matters: 4K. AMD's Fiji-based cards have 4GB of HBM which is quite limiting for 4K gaming, yet AMD continues to dominate in the Doom alpha benchmarks. At 4K, the R9 Fury X is capable of 41FPS average, while the GTX 980 Ti pumps out only 34FPS average with its 6GB of GDDR5.

Now remember, these are only early benchmarks - and things will change considerably for the launch version of Doom. But will the tables turn this much for NVIDIA? Because AMD is giving out quite the ass whooping right now.