Super Bowl 50 didn't just set records on the field, but data-wise as well: a historic 10.15 terabytes of data were transferred over the Levi's Stadium Wi-Fi network on game day, according to provider Extreme Networks. The figure represents a 63% jump over last year's 6.23 TB, and sets the record for most data transferred at a sporting event. 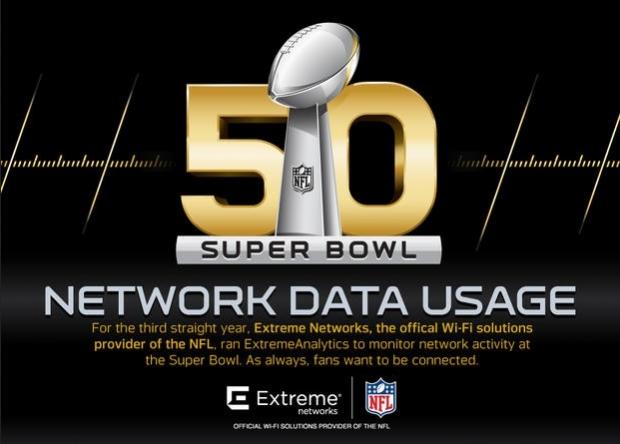