NVIDIA's Pascal is quite the elusive GPU, not even actually physically shown at CES this year despite silicon rumored to be in testing and quite ready. Performance can only be speculated, however a new academic paper seems to have information regarding the actual theoretical compute performance of the Pascal Flagship. 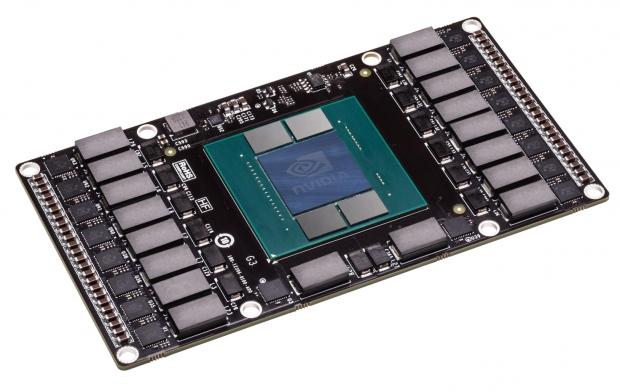 The paper itself is a treatise on the benefits of new memory technologies and their impact on the compute landscape. In one of the slides the author, Manuel Ujaldon, compares Micron's Hybrid Memory Cube (HBM), GDDR5, DDR3 and HBM technologies. Surprisingly, one of the slides seems to have the theoretical double and single precision performance numbers for the flagship Pascal GPU compared to other compute devices, Kepler, Fermi, Xeon Phi and even a Bulldozer based Opteron. The DP performance is even slightly more than the SP numbers for GK110, and only 2000 GFLOPS less than the Titan X's SP performance. On the single precision front, it's simply off the charts. 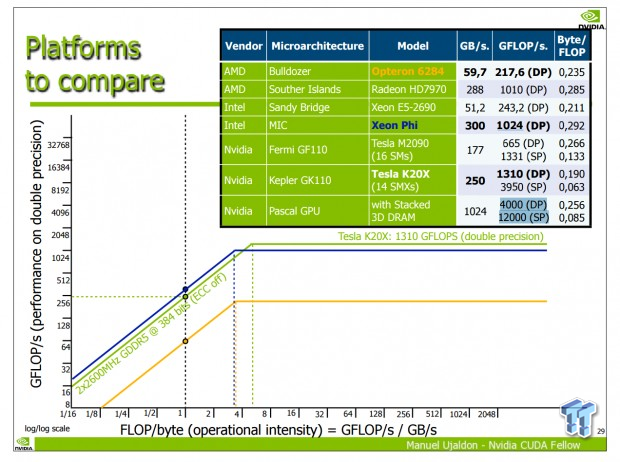 Looking at the sources confirms that this particular fellow of CUDA indeed talked with NVIDIA, so his numbers aren't necessarily completely made up, and are likely based off of low estimates gained from internal testing. Of course, these are theoretical numbers and don't always translate into how a particular GPU actually performs in real-world tasks, but that's a lot of compute power. Even more than AMD's Radeon R9 Fury X