ASUS has launched the Savage At Heart promotion, which gives away a free copy of Ubisoft's new Stone Age adventure Far Cry: Primal with the purchase of select qualifying video cards. 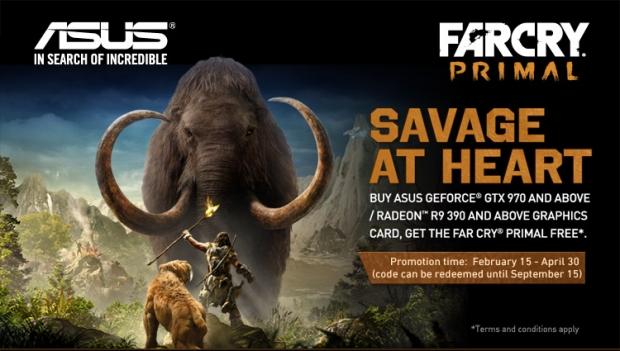 Code redemption starts on March 1st, and oddly enough there's no sign-up process on the mainsite, so I'm not exactly sure how users are supposed to send in their PPID and GPU serial numbers. To register for the promo, you'll have to make an ASUS account and go here to find the event and sign up for it. The promo isn't listed on the events page, so maybe give it a few days.