After nearly a decade, Sony is apparently bringing back PlayStation icon Crash Bandicoot for a new game on the PlayStation 4.

"On the modern gaming front, we're going strong. We've got a lot of cool stuff going on with Sony. So we have Ultimate Kratos from God of War III that's about to hit retail. We have Uncharted 4 Nathan Drake, which comes out in May. And then LittleBigPlanet is doing really well. And looking at some of their other titles, I see they're bringing Crash Bandicoot back, which is really cool. There's some great stuff there."

Falk is working closely alongside Sony to create figures based around hit PlayStation franchises, including God of War, LittleBigPlanet, and Uncharted. In a recent interview with PixelDan, the toymaker inadvertently revealed the beloved icon would be hopping his way into a new release.

You can see Falk's comments at the 4:10 mark in the video above. Since Falk is personally responsible for adapting some of the most familiar faces in PlayStation gaming into figures and collectibles, I'd say he's a pretty reliable source.

Apart from the bombshell from Falk, there have been a few hints that Crash is coming back. Sony's own Middle East branch has dropped teases, and NeoGAF insiders have been chiming about Crash Bandicoot for quite some time.

Sony probably won't reveal anything until E3 2016 in June, but it's still great to see one of the golden PlayStation oldies might make a triumphant return. Sony recently brought Abe to the PS4 with Oddworld New N' Tasty, so another resurrection isn't out of the question. 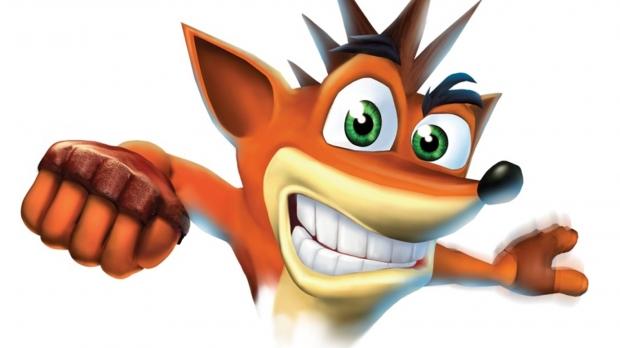