Homefront: The Revolution's closed beta on Xbox One isn't actually a bad game. It's just held up by a shaky server foundation and some of the jankiest netcode you'll see in a modern shooter. There's stuttering animations, frame rate glitches, and intermittent lag that sometimes works in your favor, or sometimes kills you.

The first time you step into the game you feel as if you're submerged underwater: the controls are sluggish, and the aiming feels as though the joysticks were dipped in molasses. A quick tweak to the sensitivity fixed this for me, but there's nothing we can do about the awkward lag issues. Still, though, Homefront's core multiplayer experience is like a diamond in the rough--players just have to shovel through a lot of junk to get there.

After playing some 15 matches of the closed beta, I was convinced that Dambuster Studios has adequately tapped the chaos of guerrilla warfare. Rather than deliver more of the same competitive PVP we've seen time and time again, the Homefront beta is all about PVE-style co-operative teamwork. It's all about being a group of resistance fighters locked in a hopeless war against the might of North Korean warlords, working together to gun down hordes of soldiers and death-dealing war machines. 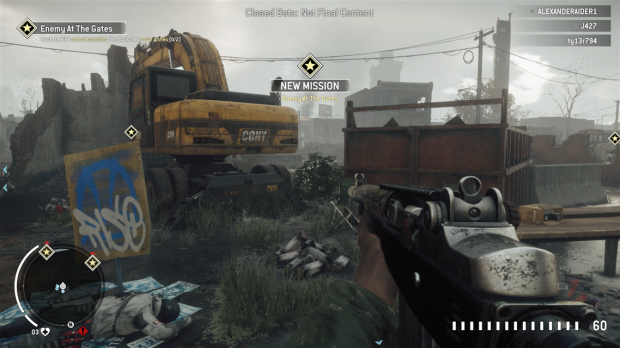 At first, the game does have a steep learning curve: the first time you jump in, you have no clue what's going on or what to do. Only after five matches or so do you realize you can grab ammo off of dead KPA soldiers. Then you start to scavenge items to make homebrew explosives. These explosives, which range from EMP mines to molotovs and old-fashioned pipe bombs, are the key to taking on heavily armor vehicles. And they're extremely satisfying.

The beta centers around two different modes that are paced as multi-objective campaign missions, set in open-ended and semi-interactive environments. Supply points are strewn across the maps, including ammo caches, health kits, and supplies to build explosives. Explosives and other GTK items (Guerrilla Tool-Kit) can be built on-the-fly, and add a distinct level of strategic chaos to team-based co-op. 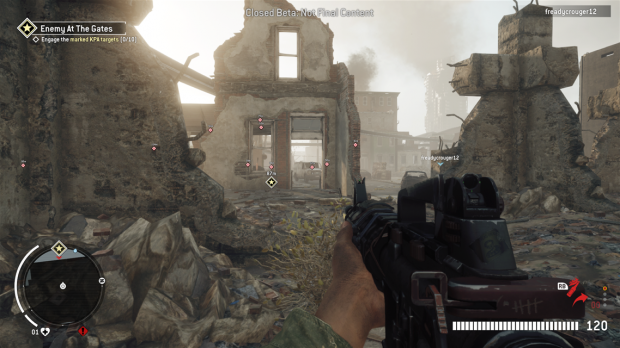 While the online experience isn't streamlined, the pacing is. The game is always presenting you opportunities to continue dishing out havoc, from re-arming you with ammo from dead soldiers to supplying propane for explosives. Once you identify these specific mechanics the game becomes infinitely more entertaining and satisfying--otherwise you feel lost and end up quitting or spending 3 minutes in spectator mode after death.

Plus, you can zoom through the map on a dirt bike. There's nothing more satisfying that squealing around corners and crashing into KPA baddies while you dodge a hail of gunfire. I'm almost positive Homefront will make better use of these bikes, and I can't wait to try the full game out. 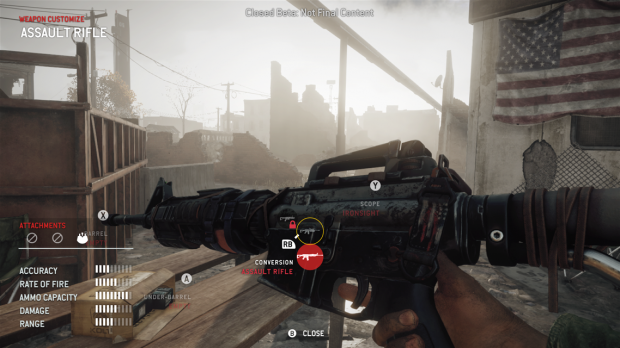 Homefront's gunplay isn't unique perse, but it does have it's own nifty additions that's built around the homebrew spirit of guerrilla warfare.

Guns are modular and can be modified on-the-fly, pretty much replacing the need for loadouts. For example, if you have two of the same type of weapon, such as an LMG and Assault Rifle, then you can literally transform an AR into an LMG and back again. All of this is done in-session and on-the-fly.

Players can also add attachments like scopes and barrels to adjust firepower for specific situations. The same applies for all weapon types included shotguns and marksman rifles, the latter of which can swap between a deadly sniper rifle and an accurate semi-automatic battle rifle.

The multiplayer's progression system is fleshed out by a RPG-like skill tree that takes some serious grinding to fill out. Players earn both EXP and cash upon completing matches. Cash is spent on armory unlocks, which are blind bag upgrades that unlock new guns, attachments, cosmetics and GTK items. EXP is spent on passive skill buffs across a myriad of different trees, including Brains, Brawn, Fighter and Survivor. The further you go down each tree, the more powerful the upgrades become--there's even a Gunner skill that unlocks a second primary weapon slot.

Sadly, Homefront needs to work on its control scheme. It tries to shove too much into its radial menu, making quick decision making pretty difficult. This is exacerbated by the fact that you have to hold LB to keep the menu open. Opening up a convoluted radial menu in a frenetic shooter usually doesn't end well. Using the menu to trigger a weapon modification is awkward, and so is selecting an explosive.

The other controls are pretty straight forward and play like any shooter should. Everything is in its place--RT to shoot, X to reload and scour bodies for ammo, A to jump and Y to switch items. Only that pesky radial menu needs some work.

Apart from minor control schemes, the only thing that's holding Homefront back is its awful netcode. If the multiplayer was more streamlined, the game would be quite good. I don't see it being very popular in its current state, especially with fluid FPS titans like Call of Duty and Battlefield. Then again the whole purpose of a beta is collecting feedback, so I'm sure the game will be much different in its final state. 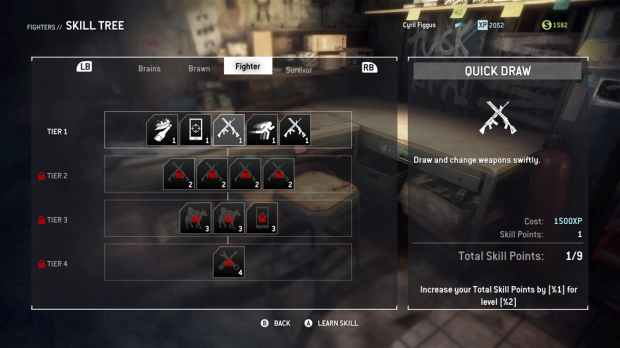 That being said, Homefront isn't a CoD clone--it's something different, something new. It feels fresh, and tries to do something that most FPS games don't really deliver. At first, I hated the game. But if you give it a chance and play a few rounds, I think you'll change your mind--especially once you start working with your team to wreak explosive chaos across the city.

It's not nearly as optimized as today's fast-paced shooters. The frame rates were pretty bad, but the game was still playable, and you could actually compete. If you're the type of gamer who likes heart-pumping PVP action then this game probably isn't for you. The was no frenetic 60FPS shoot-em-up havoc here, just amusing and entertaining bot slaughter. I'm not sure if Homefront will ship with a PVP mode or not, but the beta was strictly PVE. If you're like me and enjoy co-op Firefight-like game modes then consider checking this game out...but I highly advise against pre-ordering it.

All in all I had a love-hate relationship with Homefront. It has some really neat elements, but the whole time I fought with it's horrible netcode, and the first few rounds were absolutely abysmal. Keep trucking on and learn the lay of the land and there's actually something interesting here, but you definitely have to work to uncover it. 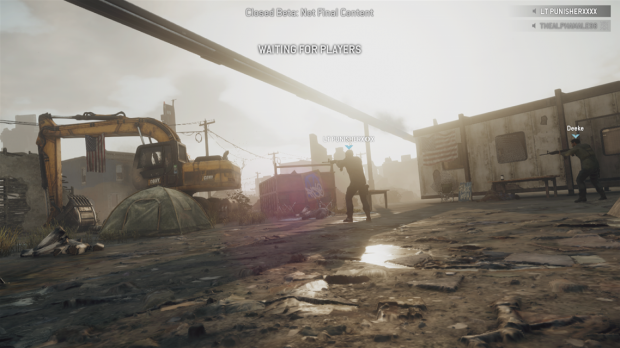