In a new blog post, Twitter has revealed that it has shut down over 125,000 user accounts since mid-2015 for promoting terrorism, particularly terrorism related to ISIS. The company reminds that while it values free speech, terrorist threats and any violent threats for that matter are forbidden on its service. 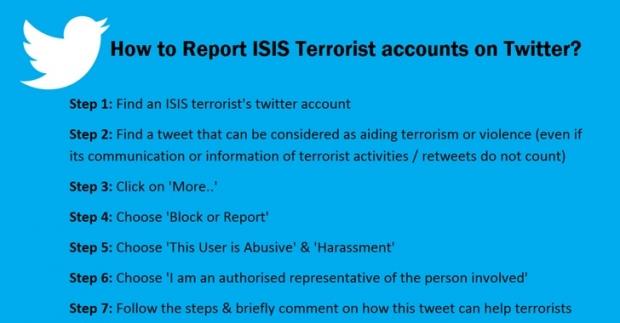 "Like most people around the world, we are horrified by the atrocities perpetrated by extremist groups," it writes. "We condemn the use of Twitter to promote terrorism and the Twitter Rules make it clear that this type of behavior, or any violent threat, is not permitted on our service."

"As an open platform for expression, we have always sought to strike a balance between the enforcement of our own Twitter Rules covering prohibited behaviors. The legitimate needs of law enforcement, and the ability of users to share their views freely - including views that some people may disagree with or find offensive."

Taking it further, the size of its review team has increased, which is said to have already pushed significant amounts of these tweets off of the network. As well, Twitter has collaborated with law enforcement, including counter-terrorist organizations, and states that it will continue to do so.