Now you can fight to the death as you freefall towards the Earth in Drop Zone, part of the latest update to GTA Online. 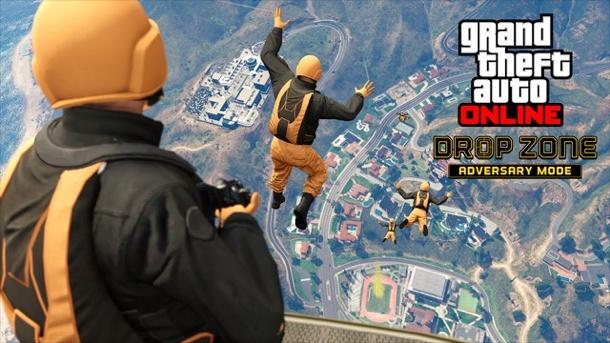 This new mode pits you and your team of paratroopers against another team vying for a very small patch of land far below. You get to attack the other team to make sure that you land, safely, first. You're allowed up to four teams and 16 players total all frantically trying to land on a tiny spot you can barely see below you. Whoever secures the location for two non-consecutive minutes wins. There should be five different maps to start off with.

Rockstar is also releasing two new sports cars, the Karin Sultan RS and the Bravado Banshee 900R. Both of those are available right now. And to help you actually afford those two new super cars, they're hosting a weekend event with double cash and RP.