CES 2016 - After our chat with NVIDIA learning about the new Android 6.0 update for the Shield, we went through two VR demos: one on the new Oculus Rift, and one on the new HTC Vive Pre VR headset.

The first was the Oculus Rift with the Oculus Touch controllers, which we wrote about here, with the impressive Bullet Train demo from Epic Games. The next was an awesome demo using the new HTC Vive Pre, where we played around with a paint brush with the Lighthouse controllers.

Not only that, but there was also an Everest demo, where we kinda scaled Everest - showing off the walking-around-a-room VR experience that HTC offers with Vive. All of the demos were powered by NVIDIA's great GeForce GTX Titan X, which can handle the ~3K resolution of VR at 90FPS. 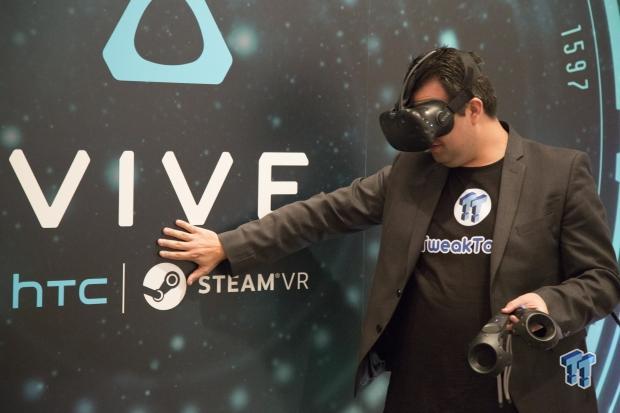