Vying to give users peace of mind, OCZ has announced further expansion of its ShieldPlus Warranty to 66 new countries including Australia, Japan, Thailand and more. This expansion brings the total coverage up to 99, marking a major global presence by this technology giant. 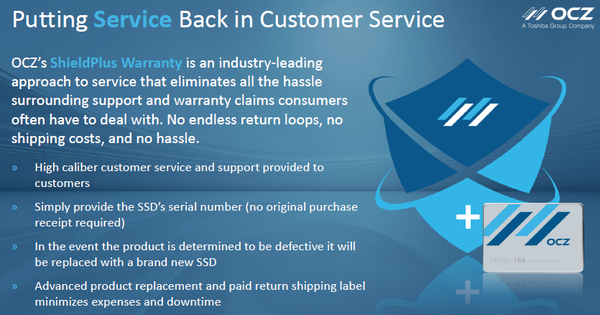 Alex Mei, CMO, says that this expansion aligns with OCZ's company agenda, stating that "It has always been important for OCZ to provide high-caliber products and service and our ShieldPlus warranty raised the bar for end-user support." "We are pleased to announce that key regions such as China, Japan, and Australia can now partake in ShieldPlus, furthering our commitment to reduce hassle, minimize downtime, and provide top-notch service to the masses," he continued.