The devs at Guerrilla Games have recently explained why Horizon Zero Dawn just doesn't have room for multiplayer, as it's a story-driven RPG akin to The Witcher 3: Wild Hunt.

In a recent interview with IGN Latino America, Horizon Zero Dawn's executive producer Mark Norris iterated that the game wants to build a strong connection to players, and multiplayer will just get in the way. "There are questions as to why a multiplayer will not do. The reality is that we are putting together a new IP. We are making a new franchise for the first time in 10 years and what we really want to do is improve the experience for the player. When you get to face these machines as Eloy, with this great character, who is the real star of the story and everything that happens, have this connection with her. But what happens when you take the elements of multiplayer? You play as a supporting character? How does that work?."

In the current age of gaming, it feels like multiplayer components are thrown in on a whim as a means to keep gamers buying new DLC and season pass content. Mega publishers always want to tap the rich vein that is paid add-ons, and often a game's base singleplayer game type suffers as a result.

The most recent example that comes to mind is Halo 5, whose campaign was awkward and rather ill-conceived, but Halo 5 continues to sell copies thanks to its strong multiplayer. When multiplayer is added into an RPG, however, the game mode seems to suck away a developer's precious time and effort like a parasite, thus leading to watered-down stories that can ultimately break the immersion.

Norris went on to cite CD Projekt RED's game of the year magnum opus, The Witcher 3, as an example. "It is an action RPG with a single player experience. I think we're similar in that way, we want this to be the story of Eloy. Although a multiplayer mode is great and maybe we can think of something for the future, but we want Horizon Zero Dawn's story to be on Eloy, and it's going to be fantastic when you play with it."

It's great to see that Guerilla Games is on the right track with their PS4-exclusive action RPG. The team understands that some genres don't benefit from multiplayer--hell I'm still amazed that extensive story-driven experiences like The Last of Us have multiplayer modes--and it'll be interesting to see how the game takes shape in the coming months. Now if only 343 Industries and EA would take a hint... 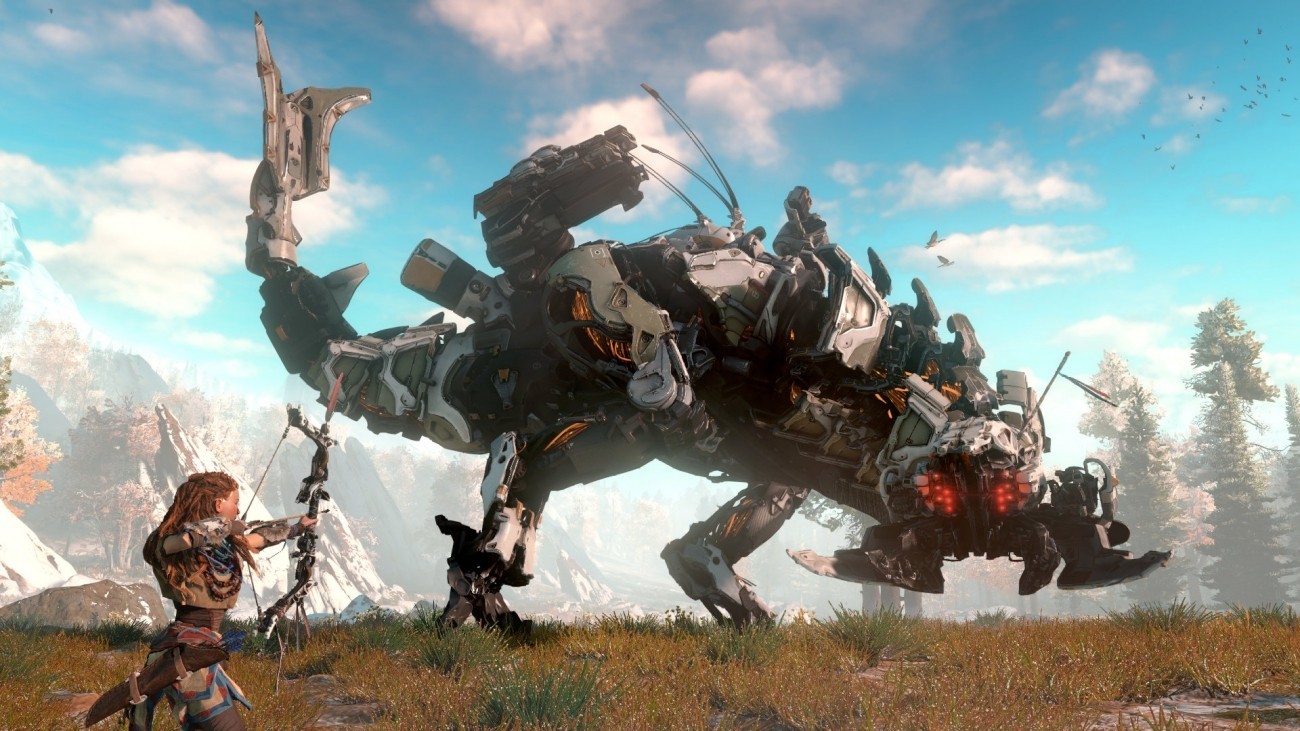