Due to surging demand, Microsoft's premium customizable Xbox One Elite controller is projected to be in limited supply until March 2016.

Despite the peripheral's steep $149 price tag, gamers everywhere want to get their hands-on the Xbox One Elite controller. Microsoft has had a hard time keeping up with demand since launching the new gamepads, leading to shortages throughout November. Now the controller's popularity has grown even more, and supply is expected to be scarce for three months into the new year. The sleek chrome-and-onyx gamepad is sold out across multiple retailers, including the Microsoft Store.

"While the Xbox Elite Wireless Controller is sold out in many retailers around the world, we are working quickly to get more units in the hands of fans," a Microsoft spokesperson said in a statement to the press. "We expect more units to arrive at retailers each week, but supply may be limited through to March 2016."

One of the main selling points of the Elite controller is its flexibility. The gamepads are modular and feature fully mappable buttons that can be mixed and matched and swapped in any order. It also sports extras like hair trigger locks, bumpers, a texture D-Pad and a suite of stainless steel paddles that let gamers execute button-specific actions like jumping or reloading without taking their thumbs off the analog sticks. Armed with these extras, the Elite represents a serious edge for any FPS game including Halo, Battlefield and Call of Duty.

If that wasn't enough, the Elite controller isn't just limited to consoles: it can be used on the Xbox One as well as a Windows 10-powered PC. Cross-compatibility stands as one of the main culprits to limited supply as both PC and Xbox gamers are buying them up. 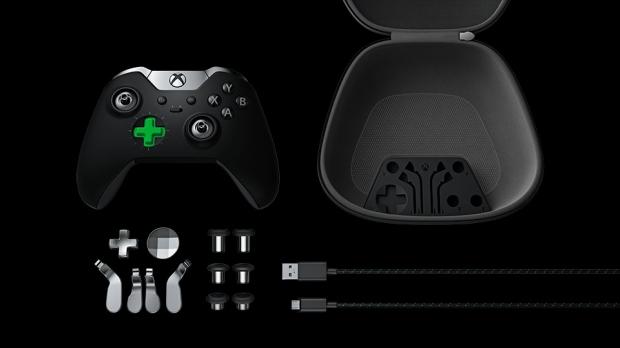