A new rumor suggests that Nintendo will show off its new NX console at a closed session at CES 2016 in Las Vegas. 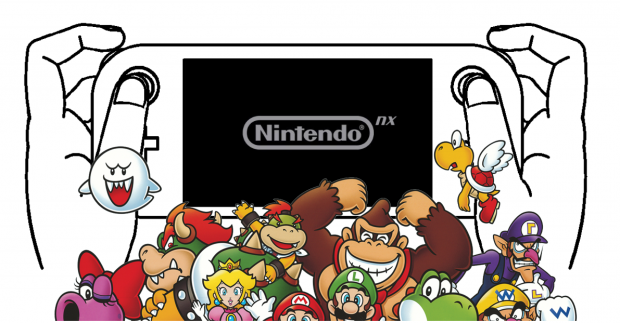 So far Nintendo has kept its promise not to release new information about the NX until 2016, leaving the community to piece together details from patents and rumors. Although we've been given clues on what the NX might be, a new rumor circulated by Nintendo Enthusiast claims that Nintendo is inviting third-party developers to show off what the system has to offer. This means we might see a slew of new information release as early as January 2016, even if Nintendo pushes NDA's to attendees.

The publication was also told by a trusted source that the Nintendo NX will be on par with the Xbox One in terms of hardware power. This is an attempt to keep the console at a competitive price point when pitted against Microsoft's Xbox One and Sony's PlayStation 4. The Japanese gaming giant has said in the past that the NX will be "unique and different" and that it'll be truly next-generation in power, however the Xbox One itself is quite limited. Like the Xbox One and PS4, AMD is believed to be making the NX's APU chip.

We've already been given a number of hints on the NX, including that the system's games will come on cartridges instead of discs, and that the NX may be a hybrid system with an on-the-go mobile Wii U-tablet-like controller with a central base console. A new patent also suggests that the NX's controllers will have virtual touchpads as well as physical buttons.

Nintendo has said that the NX will be compatible with all of today's hardware, including PC's, smartphones, tablets and existing Nintendo hardware, pointing to the existence of a unified cross-platform nexus. Remember that this is a rumor, so there's no guarantee that Nintendo is indeed showing off the NX at CES 2016. We'll be sure to keep our eyes peeled for any new info, and TweakTown's team will be at the show to keep you updated.