Raspberry Pi has done it again, and cheaper this time. First they released the Raspberry Pi Model B and several successors to put programmable computers in the hands of anyone with $20-$35, and now they're releasing the Raspberry Pi Zero, which does the same but just for $5. And for the ethically minded who are concerned about where something so cheap is made, in this case, it's Wales. 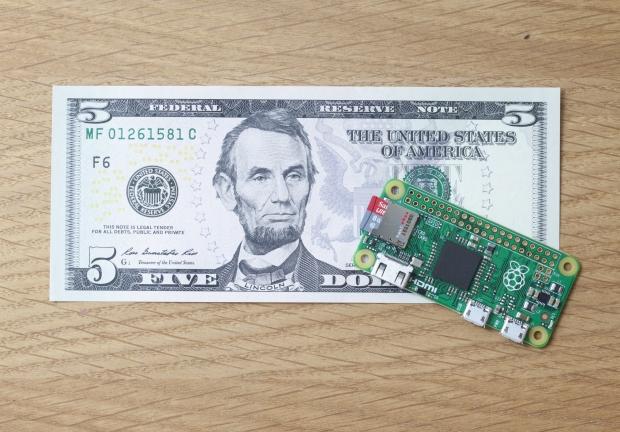 Zero runs Raspbian and all kinds of apps, including Scratch, Minecraft, and Sonic Pi. Here are the specs:

Micro-USB sockets for data and power

Zero is available now in the UK through element14, The Pi Hit, and Pimoroni, and in the US through Adafruit and Micro Center retail outlets. The team says it's made tens of thousands of units for now, but "expect demand to outstrip supply for the next little while." If you're in the UK, the December issue of The MagPi -- which has all kinds of information about Zero -- includes one for free, if you can find a copy (the website is sold out).