Now that Star Wars: Battlefront is here, AMD has announced it is bundling the new first-person shooter from EA DICE with their latest Fiji-powered video cards, including the Radeon R9 Nano, R9 Fury and R9 Fury X. 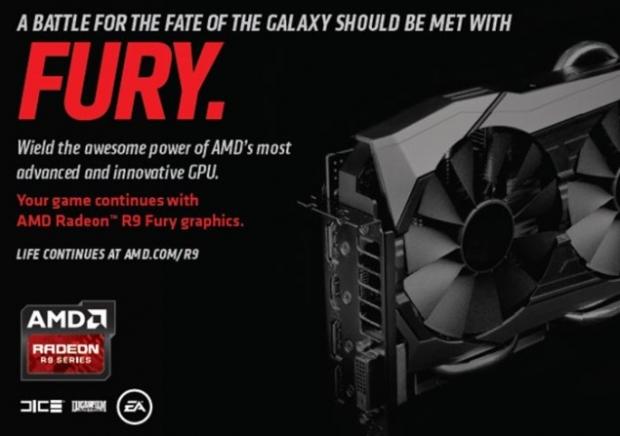 AMD owners will be able to redeem their Star Wars: Battlefront key until January 31, 2016, when the promotion ends. AMD doesn't have an unlimited number of keys, with the chipmaker noting that the campaign period ends on January 31, 2016 or "when supply of Key Codes is exhausted, whichever occurs first".