Microsoft has been working hard since June to make it so inter-language conversations are possible on the Skype desktop program, courtesy of Skype Translator. As of today, it's finally possible, as the company begins its slow rollout to users, which will be complete within a few weeks. 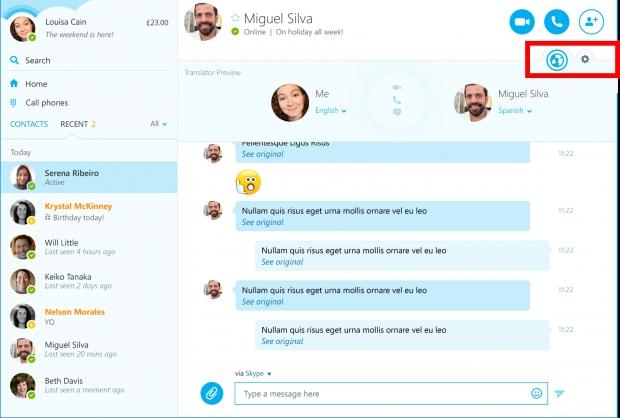 Skype Translator covers both voice and text chat: six languages for the former, and 50 for the latter. Among the more popular: Chinese, English, French, Hindi, German, Italian, Japanese, Korean, Spanish, and just for good measure, Klingon (which was assisted by the Skype community).

Apparently the results earlier this year were impressive, so they should be even better now.

If you have the update, you'll notice Translator icons in conversation windows, as above. Note that there is an update available for Skype that does not include the Translator update, so don't get too excited and assume you have it when downloading.